It seems that Xiaomi isn't done with the Redmi Note 8 lineup just yet. As per a rumor from a few days ago, a Redmi Note 8T is in the works and a leaked live image suggested that it will be almost identical to the original Redmi Note 8 but will add NFC support. A newly surfaced NCC listing confirms that. 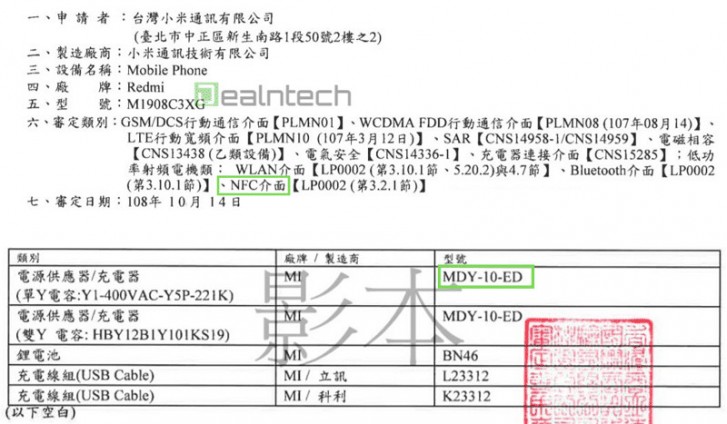 Since the vanilla Redmi Note 8 doesn't have NFC support - as most Chinese market-oriented smartphones do - it would make sense for Xiaomi to release the 8T for the global market with proper NFC support. Now the NCC Certification in Taiwan confirms the NFC support and also adds 18W fast charging to the list of known specs. The compatible charger will support 5V/3A, 9V/2A and 12V/1.5A output. 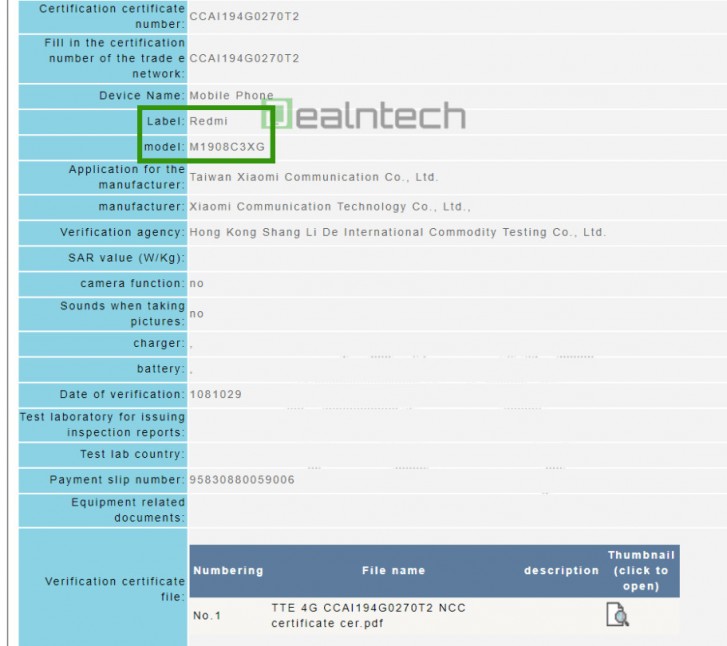 The certification also suggests that the phone is inching closer to launch so we will probably see it out in the next couple of weeks or so.

I dont see fingerprint scaner on the back. Underscreen maybe?

Yes, but without NFC, 8T is same phone, but with NFC (price is also the same as the Note 8 Global)..

Atleast this one Should have SD855!!!