A report from CNBC today cites J.P. Morgan analysts who predict Apple is going to change up its launch strategy for 2021. In a note from the analysts citing supply chains, it’s predicted that Apple would shift to launching iPhones twice a year. For many years, Apple released iPhones in the fall, leading up to the holiday season.

The report states “the shift in strategy would allow Apple to smooth its traditional seasonality and give the company increased flexibility to change its products within a six-month time frame and compete with other device makers that launch new phones throughout the year.”

Based on our supply chain checks, we are expecting a strategic change in the launch cadence with the release of two new iPhone models in 1H21 followed by another two in 2H21, which will serve to smooth seasonality around the launch, - Samik Chatterjee, J.P. Morgan analyst.

This change in release cycle would more closely match some other major OEMs like Huawei and Samsung, who stagger their release of two different major flagship smartphones. Unlike those OEMS, Apple releases a new lineup once a year and since it doesn’t sell budget phones, that’s its only source of revenue for mobile hardware.

2021 aside, the analysts predict that this upcoming year, Apple will launch four iPhones, all with OLED displays and 5G support. They also note that some models may not support mmWave technology. 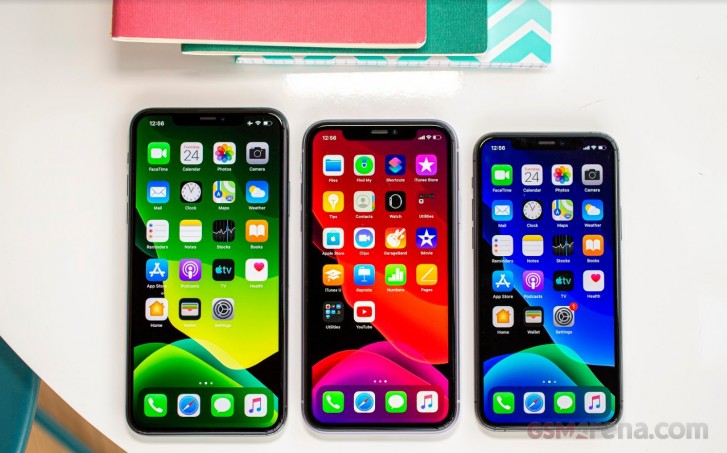 This year’s iPhones are expected to come in new sizes – one with a 5.4-inch display, two with a 6.1-inch, and one with a much larger 6.7-inch screen. Analysts expect two higher end models to support mmWave 5G with triple cameras and new “World facing 3D sensing” while the other tier models are expected to come with dual cameras, sub-6GHz support, and dual cameras with no World-facing 3D sensing. Analysts note if Apple launches 5G phones next year, it would encourage customers to upgrade.

Though it would be nice if Apple offered 5G support on all 2020 models right off the bat, we are a bit skeptical about this last prediction but if there’s any time to jump on 5G it might be 2020. T-Mobile just launched its nationwide 5G network and other US carriers are expected to expand 5G coverage in 2020.

Why do you want to take all our money?

iPhones twice per year? Did Tim Cook get drunk and saw twice?

This is the kind of news for iJustine: upgrading twice per year and not knowing all the features of the iPhone cause she didn't spend a lot of time w/ it