With the highly anticipated debut of the Samsung Galaxy S22 series in the rear-view mirror, most Samsung leaks will now focus on the next big announcements in Samsung’s product lineup – the 2022 crop of Galaxy Z series foldables. South Korean news portal The Elec now claims the Galaxy Z Fold4 will come with a built-in S Pen just like the Galaxy S22 Ultra. The leak comes courtesy of unnamed sources who predict the built-in S Pen will be a key selling point for the new Z Fold4 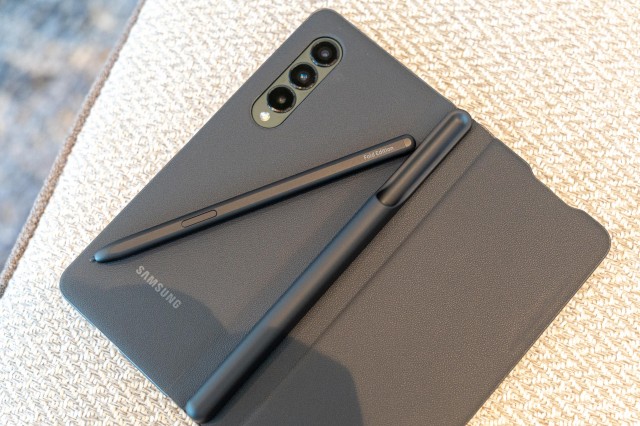 Samsung is expected to retain the overall look of its current Z Fold3 with a 7.56-inch foldable display and a 6.19-inch external screen. The new report suggests Samsung will look to improve the durability of the Z Fold4 and we should also see an improved folding screen with a less noticeable crease this time around. At the same time, the Z Flip4 will reportedly arrive with a 6.7-inch main screen and a 1.9-inch external one. The source suggests Samsung will aim to ship around 13 million foldables in 2022.

Thought I would absolutely hate the crease, turns out doesn't bother me a bit.

I just hope there will be FE version of this thing :D

It's not for everyone.