First they came for AOL Instant Messenger, and killed it off on December 15 of last year. Now they're aiming for Yahoo Messenger, one of the original chat services. It is scheduled to die on July 17 this year. If you want to, you can download your chat history for the next six months by accessing this link.

Oath, the Verizon-owned company that currently runs Yahoo Messenger, hasn't announced any plans to replace it with something that could become an actual competitor to the likes of WhatsApp or Facebook Messenger.

It's funny how, many years ago when someone said "messenger" you naturally assumed they meant Yahoo's, and today your brain automatically thinks of Facebook's. Times, they definitely are a changin'. 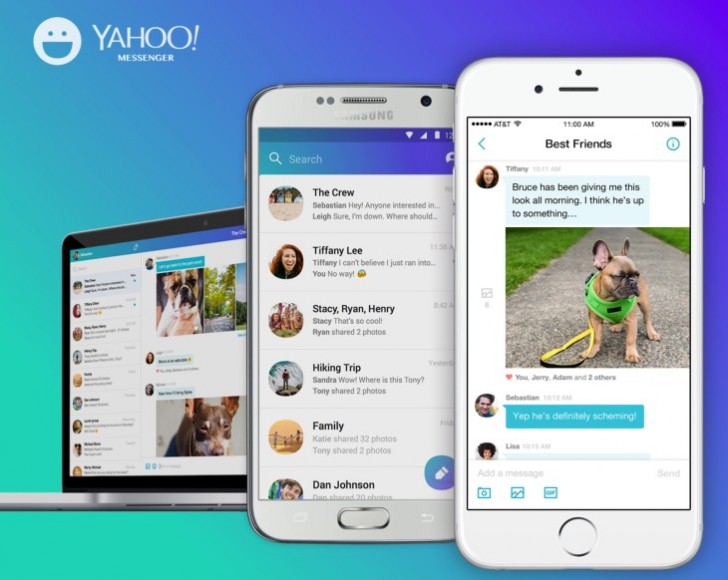 Oath took this opportunity to remind everyone about Yahoo Squirrel, which is an invite-only group messaging app, currently in beta. You need to request access to the beta in order to use it, because hey, that worked for Gmail in 2004 so it has to still be a valid launch strategy, right?

Don't be surprised if Squirrel will be euthanized at some point in the near future as well. You may not hear about that, though - while some have fond memories of Yahoo Messenger, we're betting that there aren't a lot of people who've ever heard of Squirrel.

Yahoo bloatware is headed to your Samsung Galaxy S9

Damn, i thought they shut down yahoo messenger a while ago. It hasn't been relevant for almost a decade

Skype is not just a messenger, skype also has a business edition and is quite used among companiee so nope, don't think skype will go too soon.

Skype is not just a messenger, skype also has a business edition and is quite used among companiee so nope, don't think skype will go too soon.