The Nubia Z11 was made official by ZTE at the end of last month. Since then, the device has only been available in China through flash sales that have seen tremendous response from buyers.

The next flash sale of the phone is scheduled to be held tomorrow, and what's special about it is that the Rose Gold variant of the phone will be up for grabs. At least that is what some reports are saying, even though the teaser image for tomorrow's sale features Nubia Z11 in gold. 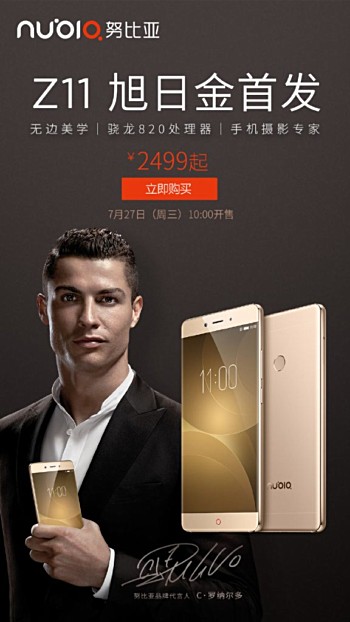 Anyway, the sale will begin at 10am, and will be hosted on Tmall, Suning as well as JD.com. As for price, you'll have to shell out RMB 2,499, which translates to around $375 at current exchange rates.