Round Asus Zenwatch 3 is portrayed in leaked images

A couple of days ago we found out that the Asus Zenwatch 3 will be round, unlike any of its predecessors. And now we can show you exactly what it will look like, through a batch of leaked images showing it. There's just one caveat here, as you can probably see - these aren't the most high-res pictures, so to speak.

Still, they give us an idea about Asus' next smartwatch (that we assume will run Android Wear just like the Zenwatch and Zenwatch 2 before it). We can see that the model being photographed sports a dual-tone finish, with either black and gold or brown and gold (it's tough to be sure because of the graininess of the images). 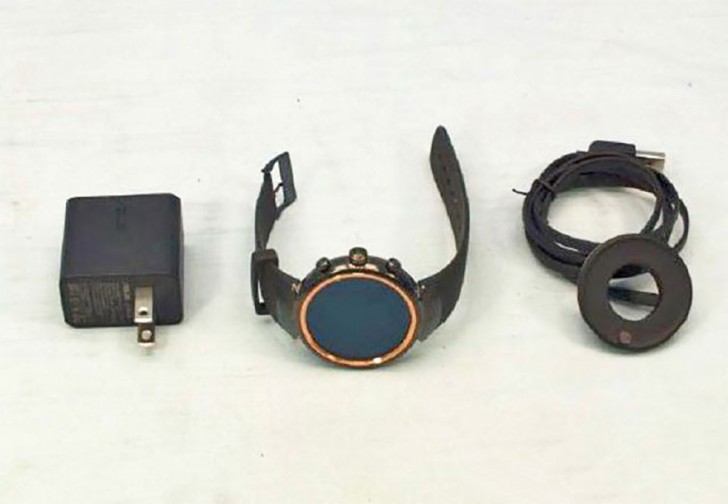 The Zenwatch 3 has three buttons on its right side, which should help you navigate through its menus alongside the touchscreen. Its straps seem to be interchangeable, though it's unclear if they have a standard size.

The wearable's charging cradle is also shown, and it looks like a magnetic ring that you simply attach to the back of the watch to juice it up. The Zenwatch 3 will charge at 5V 2A, so 10W. According to the FCC documents outed earlier this week, the watch will support Bluetooth 4.2 and Wi-Fi 802.11n. Its back will be made out of stainless steel. It will probably be unveiled at IFA in Berlin in early September.

If you're wondering about the legitimacy of these images, keep in mind that the original poster has been forced to take them down from the Source link below, and we assume that wouldn't have happened were they not the real thing.

Nope, never heard that. No my knowledge myMatrixTV is into the android box market for people that are into watching free movies online.

I don't think they make android watches yet. Just the android TV boxes. http://www.mymatrixtv.com/product/streaming-media-device But it would be cool if they did. It's the same type of android market for them.

I heard MyMatrixTV is coming out with their own version of an android watch. Has anyone heard anything on this? I hope its prettier than this one.