Yesterday, we heard about some specs for the Sony Xperia XZ4 leak ahead of an official announcement. Just a few hours later, a wonky report surfaced claiming that the Xperia XZ4 will have a 52MP sensor, the highest of any smartphone right now. The current record is held by the Honor View 20, which has a 48MP sensor.

The camera system in question is comprised of three cameras. The first is a 16MP telephoto camera with an f/2.6 aperture lens. The middle camera is the 52MP camera with f/1.6.The last camera at the bottom is a 0.3MP ToF sensor with an f/1.4. 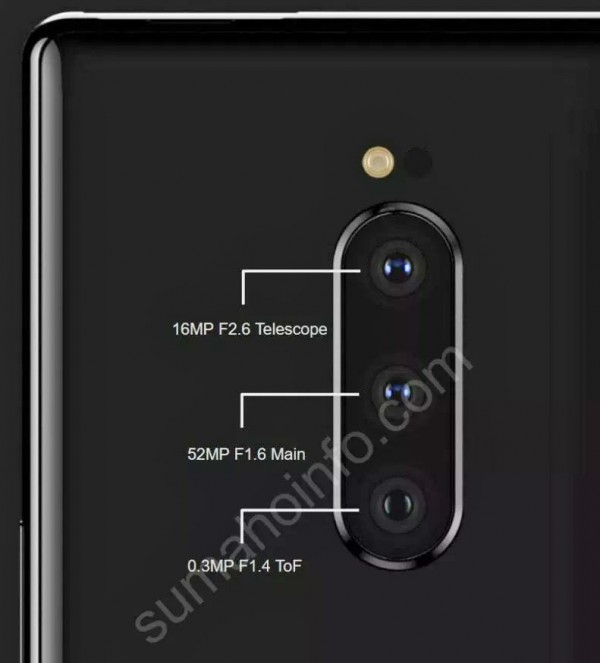 This supposed 52MP sensor could theoretically use 4 to-1 pixel binning to create a 13MP image, which seems to be the direction that smartphones are going in computational photography, particularly with Chinese phone makers.

Our confidence with this leak isn’t very strong. According to the report, the image is a render based on previously leaked CAD drawings which possibly don't reflect the final hardware design. 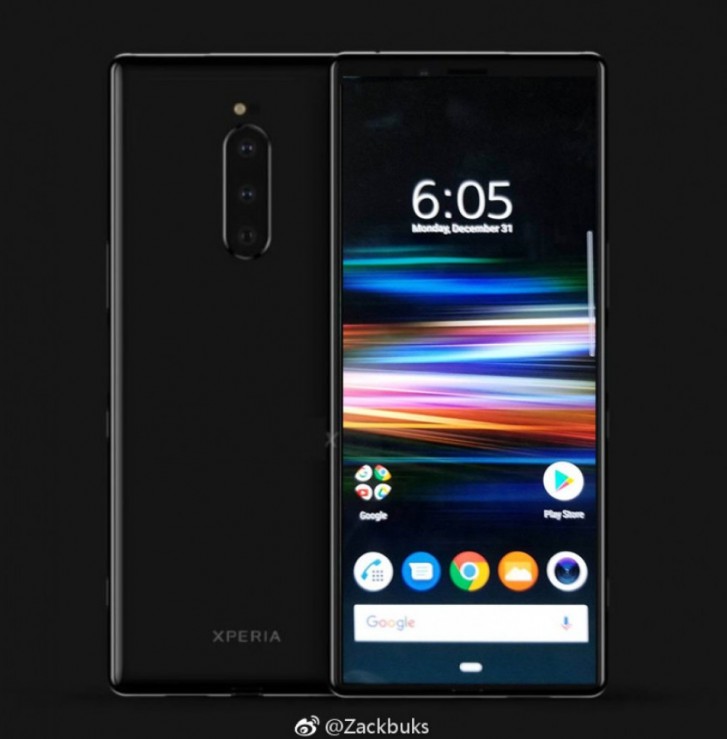 Yesterday’s leaks revealed a 6.5-inch QHD+ display with a 21:9 aspect ratio, 6GB of RAM, 128GB of storage, and a 4,400 mAh battery would power the Snapdragon 855. Should this be true, it will be quite a long display and among the first devices to launch with Qualcomm’s new chipset. That is, if Samsung and LG don’t beat Sony to the punch.

If Sony was going to announce any device, it would be during the MWC so we don’t have much more time to wait. Even is Sony was to announce an XZ4 at this show, reports cite that the phone wouldn’t be available until the summer time. This seems like plenty of time to decide on another phone to buy.

Sony announces a6400 with improved autofocus and flip out display

Still we hold a great esteem for something like Sony. Sony should make budget products for us we people of third world countries.

I did not know why in these days, mobile phone are getting slimmer and slimmer while in other side getting taller and taller... feels like i'm holding a baton.

That latest teaser from Sony is called "Speed of Light" which I think is a direct reference to 5G or the maybe even the camera.