Samsung has introduced a new SSD today. It's called 950 Pro, and it's insanely fast. The drive is the first one to bring vertical NAND technology to the consumer space. It's a Non-Volatile Memory Express M.2 SSD, in the M.2 2280 size. 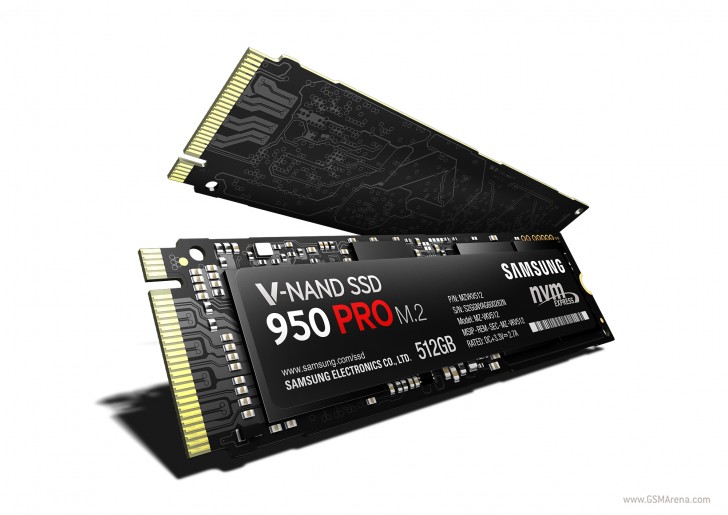 The drive uses Samsung's second generation MLC V-NAND 32-layer 128Gb die with UBX controller and magician software. It has AES 256-bit Full Disk Encryption and something called Dynamic Thermal Guard, which apparently protects the device and data when it's exposed to temperatures ranging from 0 to 70 degrees Celsius.

The 950 Pro can withstand shocks of up to 1500G/0.5ms and 20G vibrations. Warranty-wise you're looking at five years of coverage for both capacities, with the 256GB model getting that up to 200 terabytes written, and the 512GB unit up to 400 terabytes written. The drive will be in stores in October.

We love this type of phone and service provider,Also here have some GSM News and Information it's can be help to choice phone.

I already booked M.2 Samsung pro 950 for my powerhouse pc (i7 6700k) for extra boost. This is not car. Its nitros for my pc ;) Permanent fastest boot solution with this great device. I've been waiting so long for this ssd. Finally it's coming.

Are you still just sending emails from your PC and nothing else?