Samsung has started rolling out the official, stable release of the Android 7.0 Nougat update for the Galaxy S7 and Galaxy S7 edge. 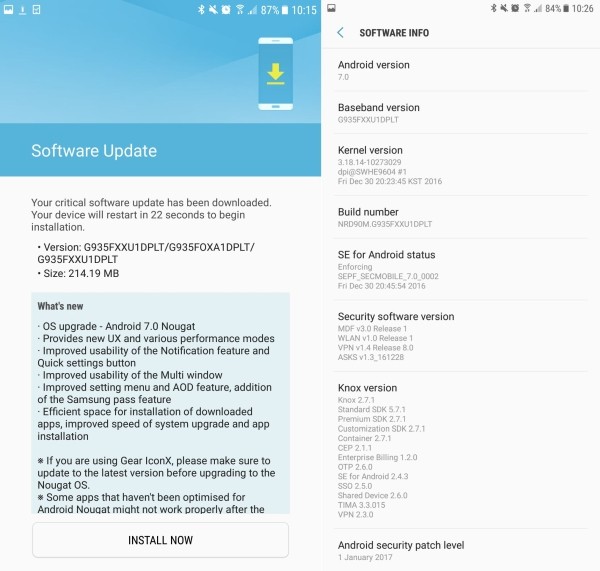 The update was said to arrive on January 17 but those running the beta builds are already getting the OTA update notification. Devices running the stable build haven't yet got the notifications but they too will be seeing it over the coming week, across multiple regions.

As described in our previous Nougat updates, the Nougat build for the S7 and S7 edge brings a new notification system, improved multi-window mode, and improved UI and performance.

If you have either of the two devices, look forward to the update over the coming weeks.

I don't thing samsung is garbage. The hardware is good and both samsung and apple has its advantages and disadvantages

I m just laughing at samsung that they don't even haver proper plan to release the update and just fooling people around the world,I hope peopleverything understand and replace their samsung with other reliable brand like iPhone. Few days back g...