Samsung is now seeding yet another Android Lollipop firmware update - this time around the Galaxy A3 is the lucky smartphone. Samsung previously announced the entire Galaxy A series will be treated to Lollipop, so we expect the Galaxy A5 and Galaxy A7 to follow suit soon. 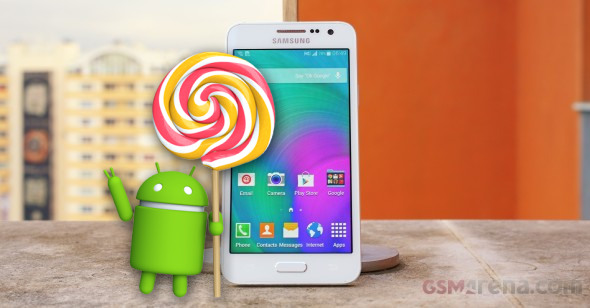 The Galaxy A3 Lollipop update is available both over-the-air and via the Kies suite. The first country to get the new system update is Russia, but barring any issues with the firmware, it will spread globally in the matter of days.

If you have a Galaxy A3 you can expect this update to show at your update section very soon.

Thank you, Sanay, for the tip!

I commiserate with you. My updates today to my Samsung were a retrograde step too & l have to ask what idiot seems to think it's better than what we had