Samsung allegedly held secret meetings at CES with partners and carrier customers, where it showcased yet-unannounced products. This is not surprising in itself, because the company has been known to do this in the past.

What's more surprising is what came out of these meetings this week. First off, Samsung Mobile boss DJ Koh allegedly revealed the official name of the phone we've all been calling Galaxy Fold 2. The next foldable is going to be called Galaxy Bloom. There's even a blurry picture that's purportedly been hastily shot in one such meeting by an attendee, to prove this. 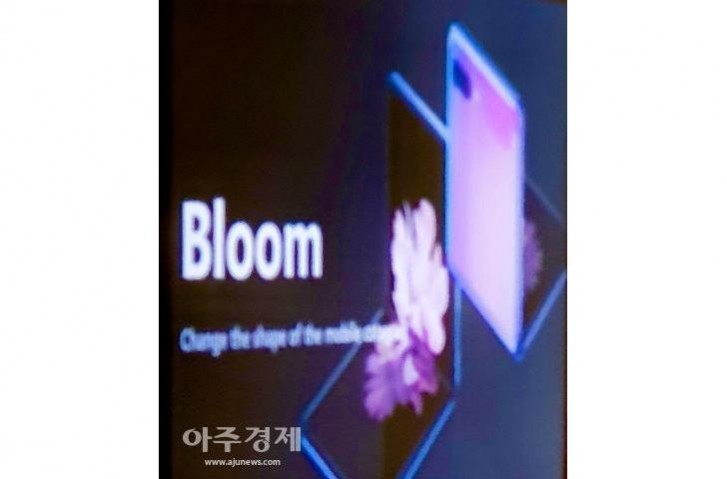 Samsung is apparently planning to market this product to women in their 20s, which explains the name (although it's not entirely clear how), but also the shape. The inspiration for the design came from Lancome's compacts, and when you put the two side by side as below, that's sure starting to make a lot of sense.

The device won't have a plastic film on top of its screen like the original Galaxy Fold, instead using ultra-thin glass. The Galaxy Bloom will shoot 8K video, and will be the first smartphone to support this function. There will be both 4G and 5G versions of the Bloom.

Additionally, Koh apparently confirmed the much rumored new naming strategy for the flagship Galaxy S line. The three models launching at the February 11 event will be called S20, S20+, and S20 Ultra. Samsung chose to not keep counting up one by one in order to properly celebrate the start of the new decade.

The Galaxy S20 Ultra is said to sport a 108 MP main rear camera, as well as support for 100x zoom. All three will have 8K recording capabilities too.

Samsung made a fingerprint-secured portable SSD

Samsung Galaxy Note10 Lite will start at INR 35,990 in India

Where do you live? In the 50's? I think you should ask Marty McFly to bring you back to the un-future. You clearly don't like it here. :)

Upside down language doesn't work on me, bubba.