Samsung has filled for a patent in its homeland Korea. The new feature, which the company is working on, will be intended for the Galaxy Note series.

The new patent filling reveals that the South Korean manufacturer is working on a method to recognize the pen input with special ultrasonic sensors, rather than with a digitizer. According to the patent doc, 3 sensors can record two dimensional data, while the usage of 4 sensors would enable 3 dimensional data to be recorded. 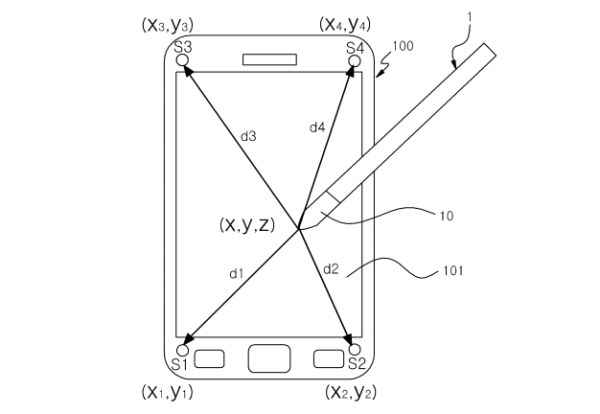 Of course, this is not exactly a new feature, as we have already seen this option in the MDP tablet designed by Qualcomm. The usage of ultrasonic sensors will eventually eliminate the digitizer, which could result in the phone being slimmer by as much as a millimetre. Also, the incorporation of the new technology could help the OEM reduce the manufacturing costs.

It has to be seen if the upcoming Samsung Galaxy Note 4 would make the cut and feature the new ultrasonic pen input technology.

Thanks Dominik Tanas, for sending this in!

i don't want thinner phone. i want phone that make me feels like holding a phone, not a razor-blade.