Samsung is in the midst of a new debacle over artificially throttling app performance on some of its phones including brand new Galaxy S22 series flagships. The main culprit here is Samsung’s Game Optimizing Service (GOS) which comes pre-installed on some Samsung phones. The app allows you to fine-tune system performance during gaming and even claims to reduce and optimize heat generation in a bid to extend battery life.

The problem is that the service may be “optimizing” (read throttling) other apps that aren’t games and it leads to significant performance drops. Users are also not given an option to disable the app’s behavior which makes the matter all that worse. 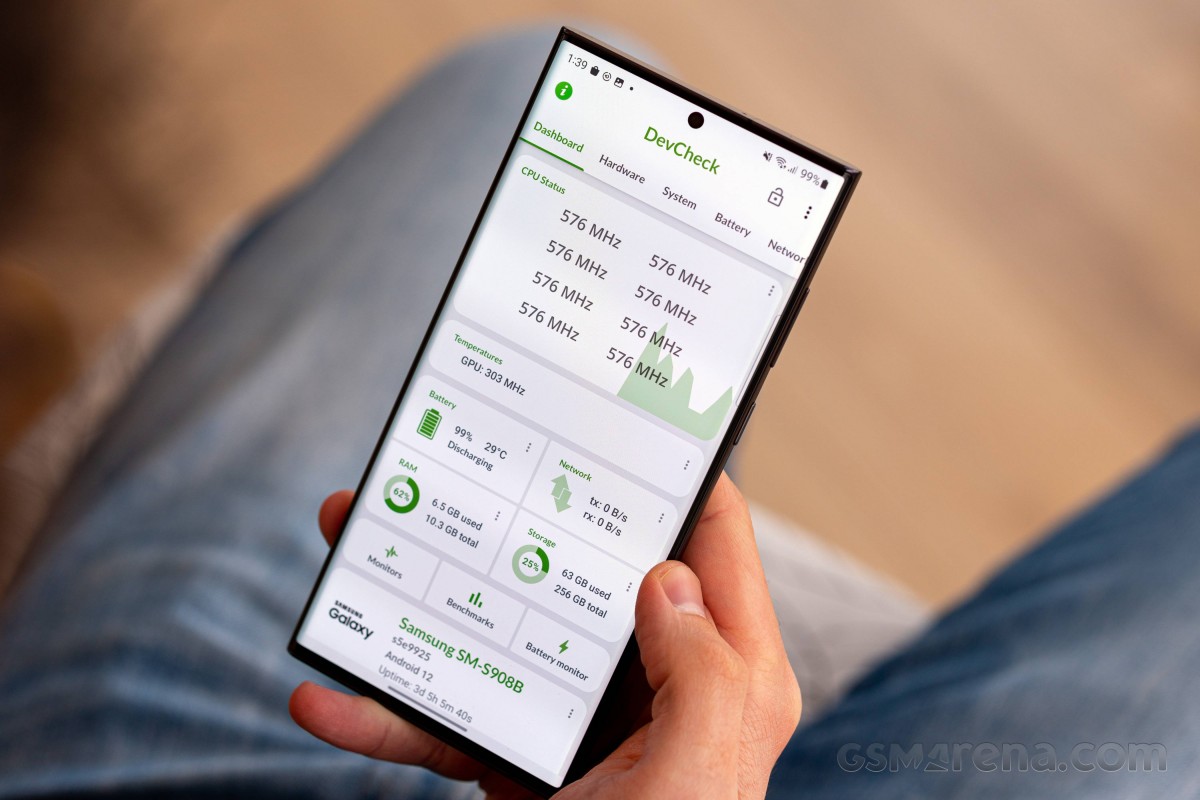 Users on South Korean tech forum Meeco have compiled a list of over 10,000 apps affected by Samsung’s GOS and it includes most of Samsung and Google’s apps as well as some of the most popular apps like Instagram, TikTok, Netflix and Microsoft Office. Benchmarking apps however seem to be exempted from this power optimizing behavior and run without any throttling.

Samsung created an app called GOS and used the app to limit game performance, making the gaming experience worse. However, according to what the Korean community found out today, Samsung confirmed that it has put performance limits on more than 10,000 apps... pic.twitter.com/U58AreZZoo

A South Korean tech YouTuber posted a video where he tests out the 3DMark benchmark on his Galaxy S22 Ultra with Samsung’s GOS on and off and it leads to a significant disparity in scores. Interestingly enough the user renamed 3DMark’s app package name to Genshin Impact which is on the 10,000 affected apps list and instantly got lower scores on his device. The phone managed 2,618 points and an average FPS of 15.7 with the service off and a mere 1,141 points and an average FPS of 6.8 with it turned on.

Our European Galaxy S22 and S21 series units did not have the GOS service pre-installed and we could not get it running from the Samsung store and thus couldn’t test out if it made a difference. Samsung already issued an official statement on its Members app in South Korea where it confirmed GOS “optimizes CPU and GPU performance on its Galaxy S22 series phones to prevent excessive heat during long gameplay”.

The GOS of the Samsung Galaxy S22 series is preloaded with our app that optimizes CPU and GPU performance to prevent excessive heat during long gameplay.

In order to meet the needs (sic), the Game Booster lab in the Game Launcher app will soon implement a software update that provides a performance priority option. - Samsung official statement on Members app (machine translated)

Samsung also said it will offer a performance priority mode in the Game Launcher and Game Booster apps on the S22 series. The fix is expected to arrive to older affected models too. Interestingly enough the memo does not comment on the fact that benchmarking apps were not subject to CPU and GPU throttling.

Thats why Chinese phones are best because they are cheaper

Haha they fixed this for european users as well by introducing a 2 second lag and regular stutters to video in youtube and other video playing apps.