Samsung Galaxy A04 Core leaks: looks mostly the same, but will get a better chipset

Here is a peek at the Samsung Galaxy A04 Core, what might be the cheapest smartphone that the company releases this year. We have seen renders of a related model, the Galaxy A04s with a fancy a triple camera on the back. The Core will not have a three cameras, instead it will offer only the bare essentials. 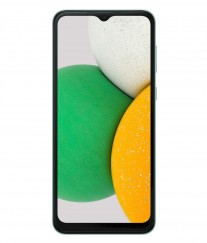 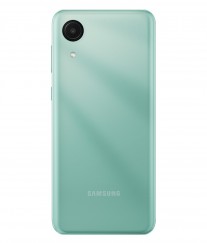 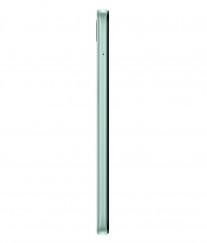 It’s a basic phone that doesn’t seem to have changed much from the Galaxy A03 Core. A single camera on the back and a notch on the front to house the selfie camera.

Details are a bit scarce at the moment, but the phone will allegedly be powered by the Exynos 850 – an 8nm chip with eight Cortex-A55 cores (2.0GHz) and a Mali-G52 MP1 GPU. Hardly a speed demon, but still better than the 28nm Unisoc chip that powered by the A03 Core. A phone that was initially identified as the Galaxy A04s posted Geekbench scores using the same Exynos 850 chipset. A case of mistaken identity? Perhaps, but that chip would be an upgrade over the A03s as well, so it’s not impossible that several A04 models will use it. 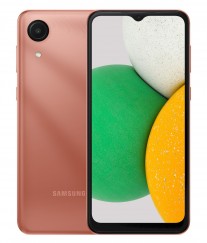 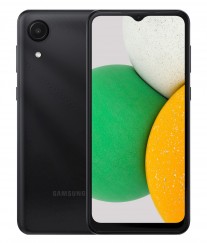 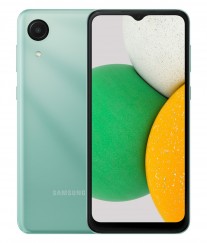 There’s no word on other features or pricing yet, but don’t expect too much – previous A0 Core models have used Android Go edition.

Ment too say my ad blocker don't work on unisoc processor phone As soon as base model Samsung a04 core buying choices will be so much better for people who can't afford better phones Hopefully 4gb ram - 64 storage in the futur...

It'll be more wise to add a few dollars and buy normal A04 Core series use body materials with lower quality so...