Last week we learned that the Samsung Galaxy A33 5G will come in four colors, and today, we get to see the smartphone since its renders have been leaked by OnLeaks.

The Samsung Galaxy A33 5G looks similar to the Galaxy A32 4G. It's built around an Infinity-U Super AMOLED display and sports four cameras on the back, which are now placed on a raised camera bump reminiscent of the Oppo Find X3 and Find X3 Pro. 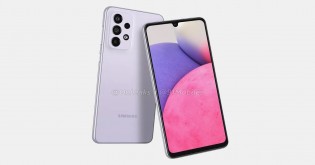 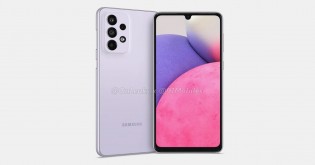 The Galaxy A33 5G's screen measures 6.4" diagonally and has FullHD+ resolution, with the source saying we should expect "much improved and higher resolution camera sensors" from Samsung this time.

The A33 5G has the power button and volume rocker on the right-side frame, with the USB-C port located at the bottom flanked by the microphone and speaker. Samsung ditched the 3.5mm headphone jack that was present on the Galaxy A32 4G and 5G. 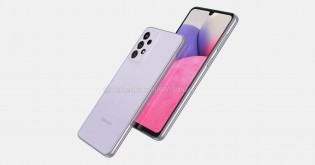 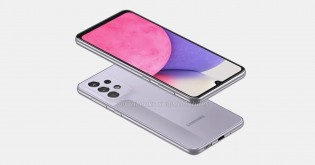 The Galaxy A33 5G is 8.1mm thick (9.7mm with the camera bump) and is expected to go official in early January 2022. The Galaxy A32 5G was also announced in January, and Samsung followed up with a 4G model in February, but the source says the Galaxy A33 may not get a 4G version.

More details about the Samsung Galaxy A33 5G will likely surface as we inch closer to its January 2022 unveiling.

they should listen to fans,bring 6.1inches n below phibes not this big screen stuff

I think bigger phones offer a better experience for most people, that's the simple reason, not that they think it's premium or anything. Bigger battery, easier typing experience, and also the larger screen is much better for reading article...

Good luck with that. Everyone seems to be obsessed with releasing bigger and bigger phones. Cheap ones are especially problematic because if it's big it must be premium, so they all make massive budget phones. Which is just stupid.