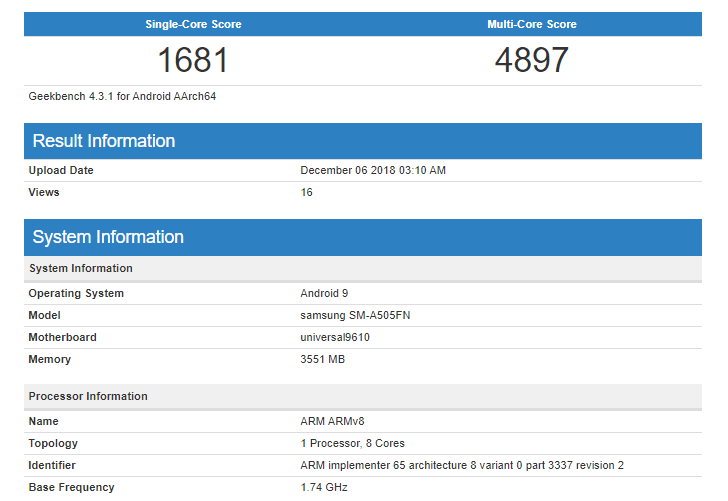 In terms of performance, the chipset offers single core speed comparable to a Snapdragon 660, though multi-core performance is closer to the Snapdragon 636.

Interestingly, the phone ran Android 9 Pie – that’s a big deal as Samsung only recently started the transition away from Oreo. Also, a couple of Galaxy M-series phones have been benchmarked with Oreo.

Anyway, the Galaxy A50 packed 4GB of RAM, which probably means it was the version with 64GB storage. According to earlier rumors there should be a 128GB option too.

People begins to forget Galaxy A series is intended to be a semi-flagship not midranger.

benchmark is not importanti with android pie in beta version