If 2019 taught us anything it's that Samsung's A-series span pretty much the entire spectrum of feature sets and price brackets short of a true flagship. The 2020 roster is only beginning to unfold and the company kicked things off by adding 1s to product names in the mid-tier - thus the Galaxy A51 was born.

That 1 means a lot when you look at the A51 and A50 side by side. For starters, there's 1 more camera on the new model - a close-focusing 5MP shooter. The chipset is also "1" better - the A51 is powered by the Exynos 9611 as opposed to the 9610 in last year's phone. And then a 0.1-inch increase in screen diagonal continues the theme albeit at a lower order of magnitude. 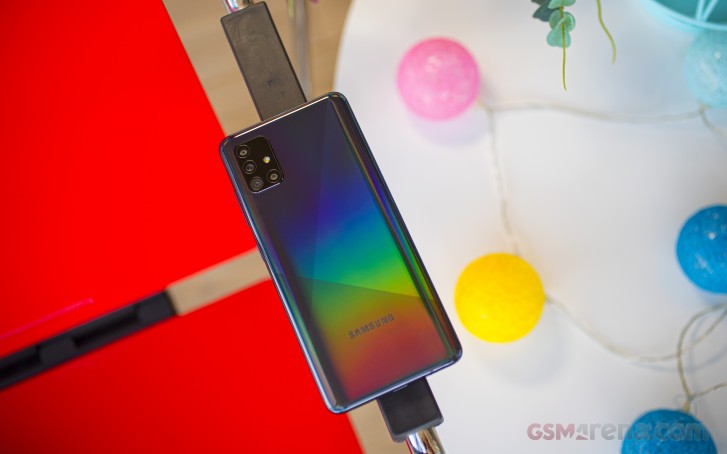 Let's put our lame attempts at numerology to the side, and mention the other upgrades that the Galaxy A51 brings - almost exclusively in the camera system. There's a 48MP Quad Bayer primary unit now replacing the 25MP conventional module of the A50 and the ultra wide-angle cam's sensor has grown in pixel count - it now stands at 12MP as opposed to the A50's 8MP, still with 123-degree coverage. 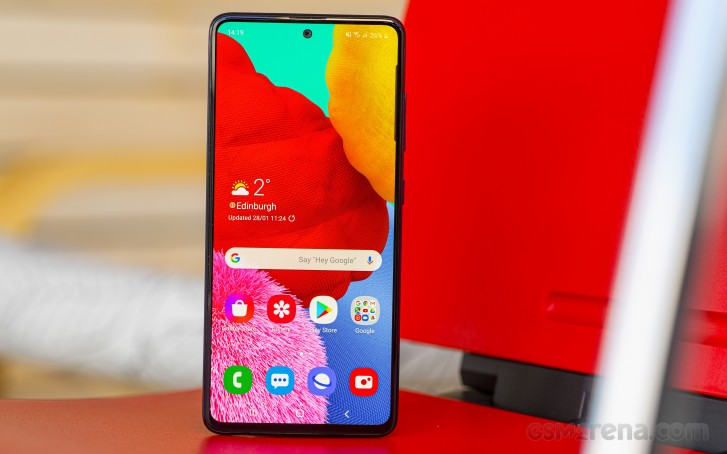 And you be the judge if this counts as an upgrade, but the selfie camera now sits in a cutout in the top center of the display, unlike the A50's notch. Infinity-O replaces Infinity-U. The camera itself should, indeed, qualify as an upgrade - a 32MP Quad Bayer unit where the A50's 25MP snapper used to sit.

There's no 'New year, new me' when it comes to the A-series presentation and the Galaxy A51 arrives in a familiar white box with a glossy print of the phone on top, a cutout with the model numbers helping identify what's inside. 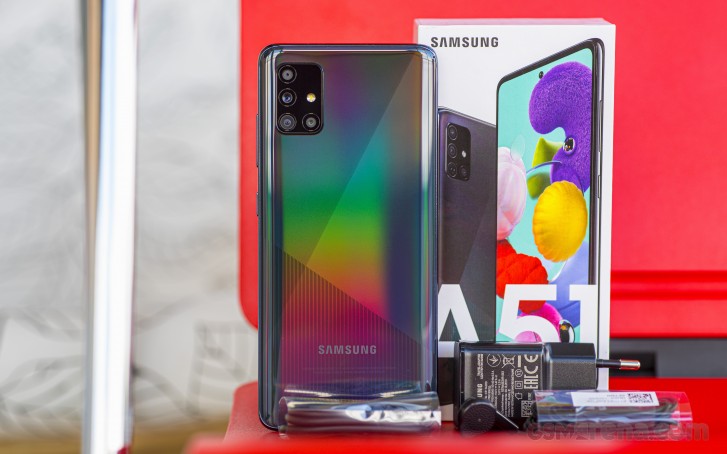 And inside, sure enough, you'll find the Galaxy A51. Besides the phone, you'll be getting a 15W power adapter - the tried and tested QC2.0-based Samsung Adaptive Fast Charging unit, plus a USB-A-to-C cable to complete the link. A basic set of earbuds is also part of the bundle, but there's no protective case - other makers take the exact opposite approach, and we'd probably pick a case instead of a headset, but to each their own.

I am using already 2 years and very satisfied, very good quality, even several times I dropped it into a water, tought it will not work anymore properly, but nothing has happened, yet now.!