Samsung Galaxy A51 5G inches closer to an official launch

Samsung introduced the Galaxy A71 earlier this year, and we know the phone is getting a 5G version in select markets. Its younger sibling Galaxy A51 is also getting the 5G treatment - a support page for a phone, codenamed SM-A516N, has appeared in South Korea. 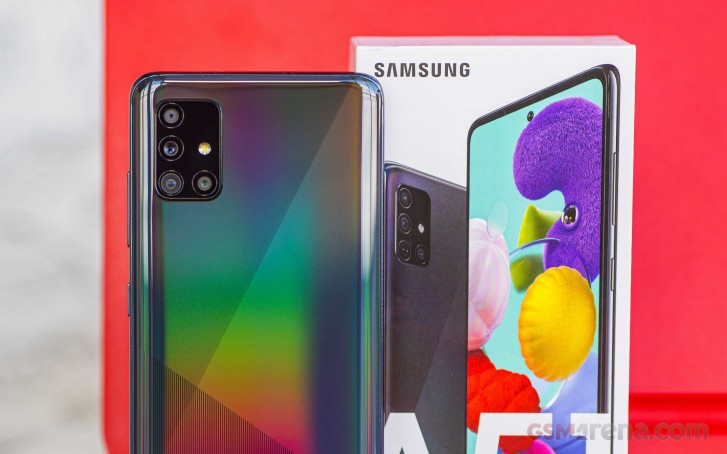 The phone is likely to have an Exynos 980 chipset since a phone with the same model designation already appeared on Geekbench. Chances are other specs of the Galaxy A51 5G will remain the same as the basic Galaxy A51 an L-shaped quad-cam setup with 48MP main shooter and some fast charging.

More details should surface in the following days, but having a support page means the phone is pretty much ready for launch, so we might even get the full scoop soon enough.

Samsung Galaxy A71 5G gets certification from 3C, will support 25W charging

Samsung doesn't keep any inventory or stock. The use a practice called "just-in-time manfuacturing". The idea is that parts will be delivered directly to a factory and all of those parts will be used in that day. No more than what is needed will be d...

Seems that Samsung are trying to get rid of their Enxynos chip stock.

Excellent. 980 is light year better than 9611.if price is not much more expensive, then a51 might be excellent phone.