Samsung announced the Galaxy A51 last month and the company will soon follow up with its 5G version that has appeared on Geekbench sporting model number SM-A516N. 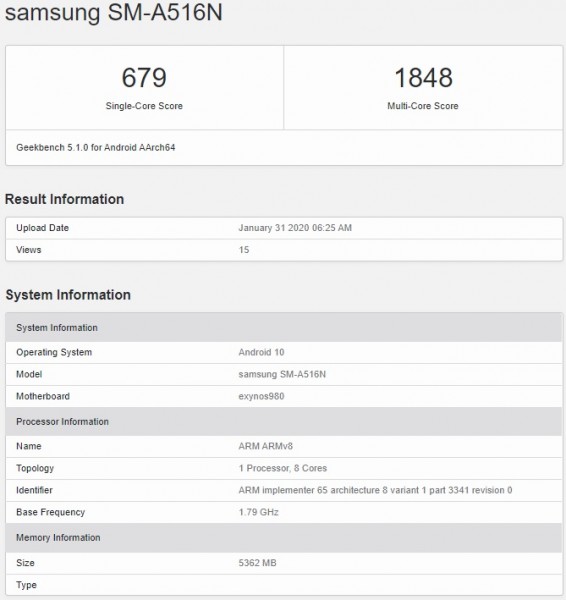 Geekbench doesn't confirm any other specifications of the Galaxy A51 5G, but from past rumors, we know the smartphone will have 128GB base storage and will be launched in South Korea.

More details about the Galaxy A51 5G should surface in the coming weeks.

Are u sure about that

when is available in Indonesia?