While all eyes are currently set on Samsung’s Galaxy S22 launch event which is less than a week from now, WinFuture has come across several official renders of the upcoming Galaxy A53 5G. The device is expected to be one of the key volume sellers of Samsung’s 2022 lineup and will have some big shoes to fill in place of the Galaxy A52 series.

For the most part, A53 looks like the A52 of last year. You get a 6.5-inch FHD+ AMOLED upfront complete with the same 120Hz refresh rate and centered punch hole cutout for its 32MP selfie cam. Samsung will still use plastic on the frame and back and the dimensions are expected to remain identical to those on the A52. 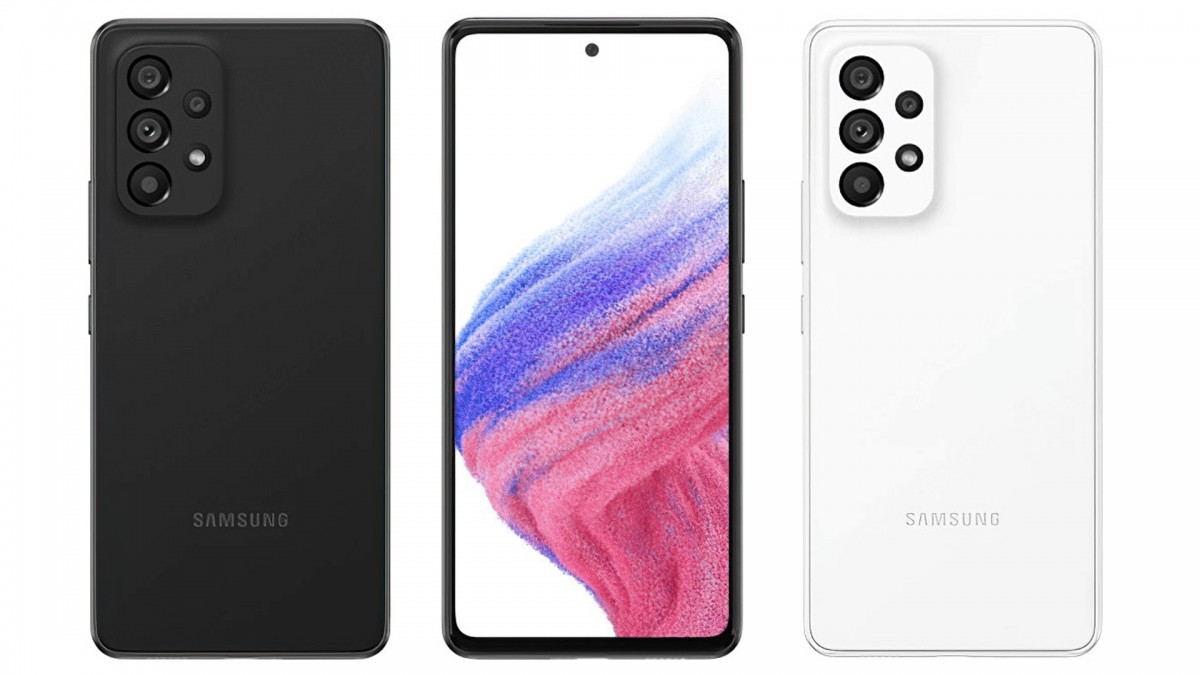 The back still houses a quad cam setup with a 64MP main cam and 12MP ultrawide modules and two 5MP modules for macro shots and depth data. The only minor design difference is that the camera island on the new model will opt for a more concave curve compared to the squared-off look on its predecessor.

The other more notable new bit will be under the hood where rumors point to the unannounced Exynos 1200 chipset at the helm. The chips should offer eight cores in total with two performance ones clocked at 2.4Ghz while the remaining six will work at up to 1.8Ghz speeds. RAM will come in 6 or 8GB varieties while storage will start at 128GB. You’ll still be able to expand via the onboard microSD slot.

In terms of battery, we’re expecting a 5,000 mAh cell with support for 25W wired charging. The baseline 6/128GB trim is expected to launch in Europe with a €460 price tag.

Samsung Galaxy A53 5G gets more certifications, may ship with 25W charger

A52 series and A53 are SAMEsung