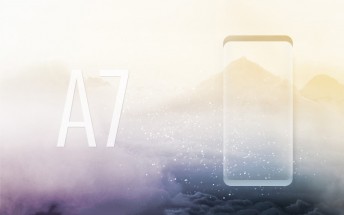 Unlike the S series, the Galaxy A rarely comes with a choice of chipsets though that might change next year. The Galaxy A5 (2018) has been spotted on Geekbench with an Exynos 7885 chipset, which is interesting on multiple levels.

For one, it is still not official but it’s expected to be a 14nm chip, same as the 7880 it replaces. However, it will have two Cortex-A73 cores for power, in addition to six A53 cores. The older chipset was at the heart of the Galaxy A5 (2017) and had eight A53 cores.

There’s more – Geekbench previously showed an SM-A5300 with a Snapdragon 660 chipset. Today’s results are from the SM-A530F. The Qualcomm chip posted a similar single-core performance but had a lead in the multi-core test. 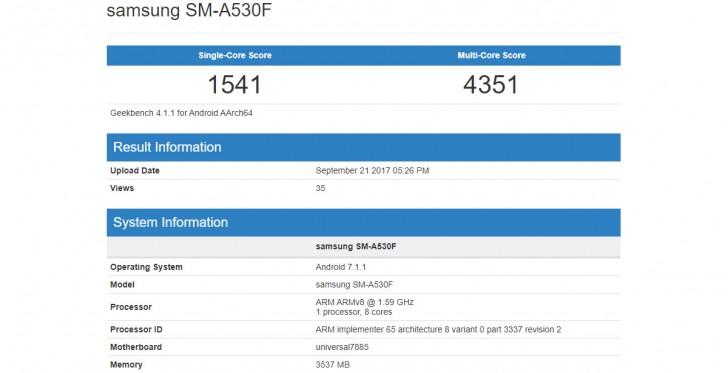 The 2018 should have more RAM as well, 4GB or 6GB depending on the model. It will launch with Android 7.1 Nougat out of the box early next year (February probably).

Going by the model names, the international version (F) of the Samsung Galaxy A5 (2018) will come with an Exynos chip, the Chinese version (0) will use Snapdragon and will have 6GB of RAM.

Samsung Galaxy A5 with Snapdragon 660 appears on Geekbench [Updated]

I was. Probably drunk lol

oh you were so out of control that you threw your phone?

I hope it will have smaller footprint than the S8.