'A's and 'J's, unite! We have for review the Samsung Galaxy A6 (2018) which takes the A8's camera and rear-mounted fingerprint sensor and fits them in a J5 (2017)-like aluminum body. Mind you, there's also the J6 (no year) which is a lot like the A6 (2018), but minus the A's cameras and with a plastic body. As if Samsung's lineup could get any more confusing.

Straight out of the J-series comes the chipset - Samsung's own Exynos 7870 which we really liked for its power efficiency all the way back when it was introduced with the J7 (2016). Hint, hint - it is a bit old. The base model comes with a pretty adequate 3GB of RAM and 32GB storage, though a higher-specced 4GB/64GB version is also available in some places. There's a microSD slot too - a dedicated one regardless of SIM count. 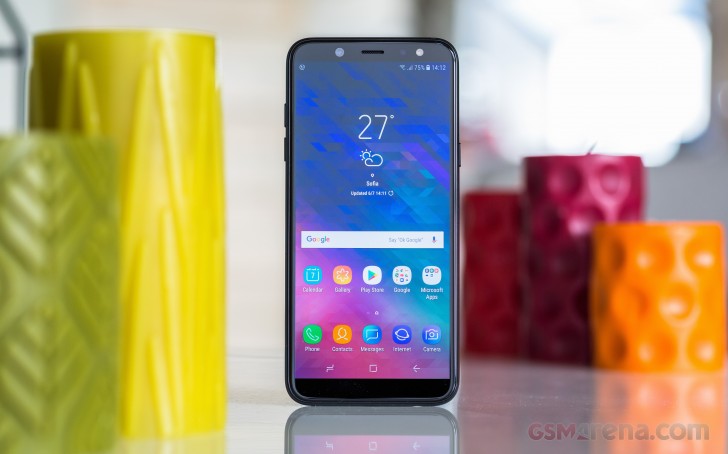 There are no A-series goodies like water and dust protection, or fast charging. You wouldn't expect them from a more affordable J-series phone, but with the A in the name comes a much higher price tag, and we start asking for things. And is a USB-C port too much to ask for?

In fact, even before we delve into examining the A6 (2018) up close, we feel that its price sets the bar too high and may end up being its biggest issue. Let's not get ahead of ourselves though, and have a look at the design.

It's okay... I've had this phone for about two years. If you want a cheap but okay good phone, this is the one. Probably not the best phone ever but I've enjoyed it :)

Yes, it's a good phone if bought brand new (if you're on a tight budget)