The rumored successor to Samsung’s Galaxy A70 will be called the A70s and the device was just granted certification honors from the Wi-Fi Alliance. The device comes with the SM-A707F model number just like its previous appearance on a Geekbench listing at the beginning of the month. 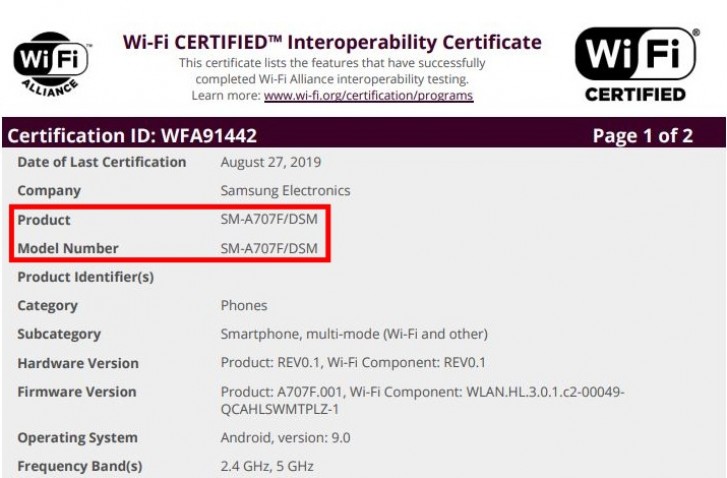 The listing from the Wi-Fi Alliance tells us the A70s will ship with dual-band Wi-Fi capabilities and will support the 802.11 ac standard. In addition, the phone will run on Android 9 Pie but we already knew that from the Geekbench listing. Under the hood the A70s is expected to come with the Snapdragon 675 chipset coupled with 6GB RAM just like its predecessor. 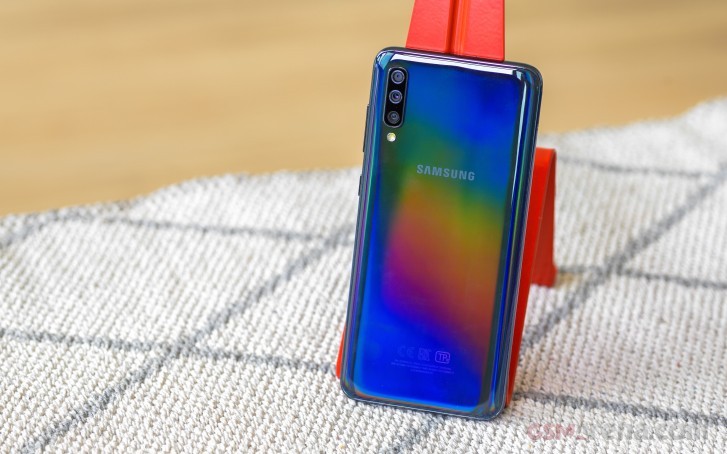 The big change however is expected in the camera department where the new A70s is rumored to pack the brand new 64MP Samsung ISOCELL GW1 sensor. Given the new certification and Geekbench listing, we can expect Samsung to hold an event soon to officially introduce the device.

where is a70s not at samsung list till now

Grats this year Samsung released about 52 different phones with just s or e at the end of the phone name. To Samsung managers good idea to me just another waste to fill the Sudokwon Landfill which belongs to samsung.

A series for photography, S series for bragging rights and Note series for idiot that wants to pay $300 more for a stylus