While we’re still awaiting more details on the Samsung Galaxy A70s which will bring some minor improvements over the Galaxy A70 a new device believed to be Galaxy A71 made its way to Geekbench and revealed some of its key specs. 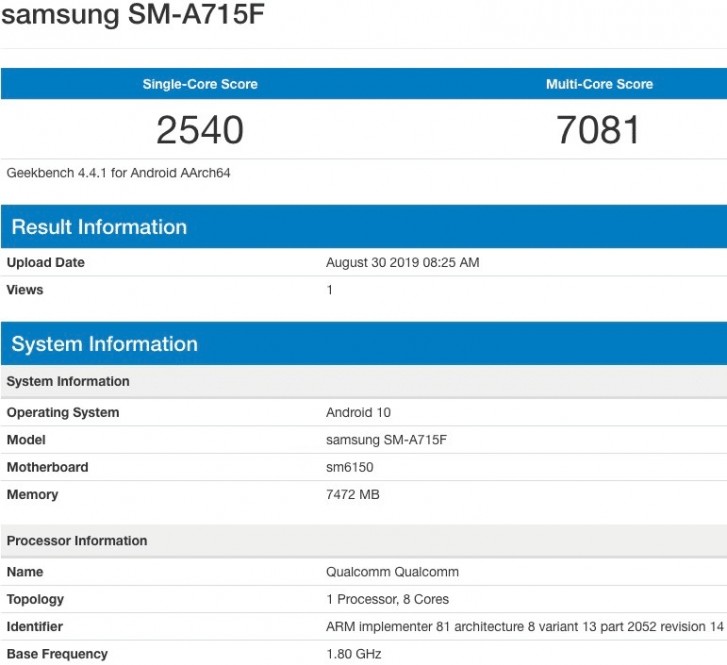 The A71 comes bearing the SM-A715F model number and the listing tells us it features the same Snapdragon 675 chipset from the A70 paired with 8GB RAM. Geekbench has been known to mix up processor names in the past so it's not certain that the A71 will ship with the same SoC as its predecessor.

Either way, the phone managed to push out 2540 points on the single-core score and 7081 points in the multi-core test. These results are slightly better compared to a recent A70s Geekbench listing so we could be in for a Snapdragon 7-series chipset after all. 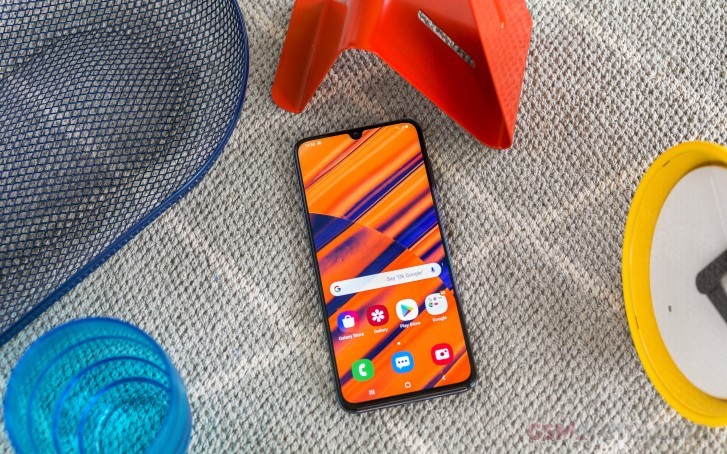 On the software front, the phone is running the brand new Android 10, presumably alongside a new version of OneUI. A previous report claims the A71 will be released in the spring of 2020 alongside the Galaxy A91 so there’s quite some time to wait.

Phone will be releseased in more than 6 months and we already see geekbench, uhm wtf?

I'm shocked, both the single core score and multi are higher than what the Galaxy A80 and Mi 9T got with the SD730.

They should just release the A70s already.