Samsung reinvented itself last year and that gave the A-series a chance for a coup. It took the great new design from the S-phones and parred it down to a mid-range price. 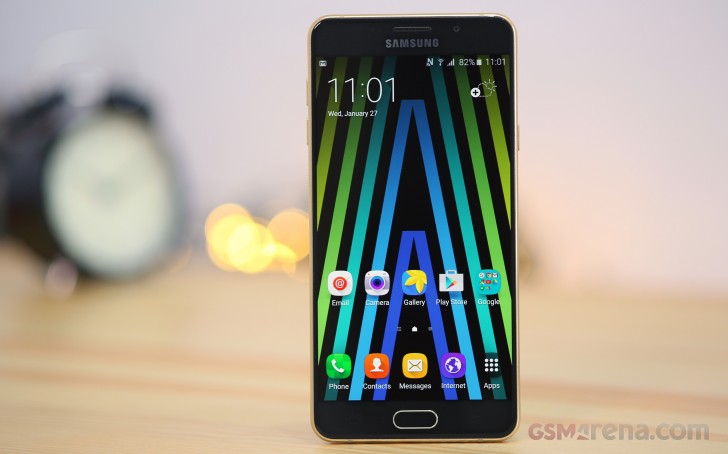 The Samsung Galaxy A7 (2016) is essentially an A5 (2016) stretched to 5.5" screen size. This sort of size has turned into somewhat of a sweetspot for a phablet - any bigger and the phone becomes unwieldy, any smaller and you lose the benefit of the big screen .

While the A5 (2016) competed with the company's flagship - the Galaxy S6 - the A7 (2016) is placed somewhat differently - it can't even hope for taking on the Galaxy S6 edge+ or the Note5, so it's instead targeting a market populated by a number of Chinese-made phablets.

Compared to original Galaxy A7

The relationship between the old and new Galaxy A5 and A7 is strange. The original A5 left to be desired and the new one is a great upgrade... except it's priced too high. The A7 was pretty solid and so the new A7 (2016) isn't a huge improvement, but it's pricing is on point.

And the new features, while few in number, do a great job of transforming the phablet into a true premium mid-ranger. The Samsung Galaxy A7 (2016) brings a first-rate fingerprint reader and Samsung Pay support.

It also looks to have some impressive photography chops on paper - with a bright f/1.9 aperture and OIS. Not to mention the AMOLED screen with perfectly calibrated colors.

We'll check up on that later, first let's have a look at the new design, which features 2.5D Gorilla Glass 4 on the back, just like on the front.

This is very nice phone but the problem is the screen is flickering when low brightness....and when night i have tp increase the brightness and it strsining my eye....but there were solution for this by downloading night mode on the playstore without...