Samsung Galaxy A80 to launch in India next week

Samsung made the Galaxy A70 official in March and the Galaxy A80 in April, but while the former has already gone on sale in some markets, including India, the A80 with the unique rotating pop-up camera is still nowhere to be found in stores. That may change very soon.

The Korean company is apparently going to hold some exclusive preview events of the Galaxy A80 for interested customers in India next week. Samsung fans in Delhi, Mumbai, and Hyderabad will be able to see and experience it on Saturday, June 8, while people in Bangalore and Kolkata will have the same opportunity on Sunday, June 9. 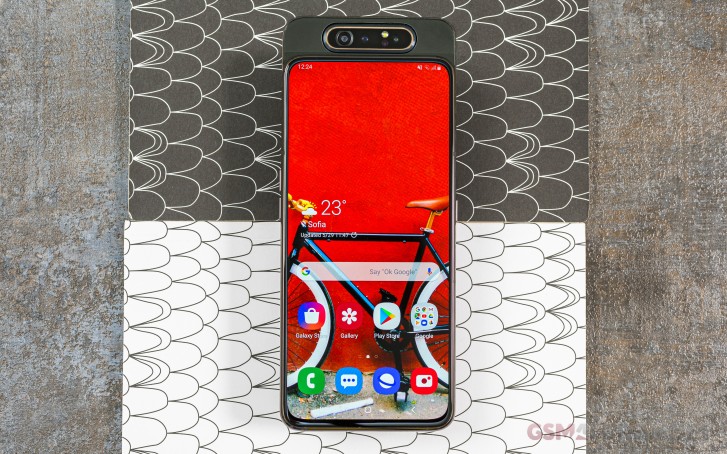 The events all start at 6 PM local time and are open for all, although you might need to register your name beforehand via the Samsung Members app. That's also where you'll get the details for the venues Samsung has picked.

This development has lead SamMobile to speculate that these events could quickly be followed by an official launch of the Galaxy A80 in the subcontinent. When it does arrive in stores there, it is rumored to cost between INR 40,000 ($574 or €513 at the current exchange rates) and INR 50,000 ($718, €641). For reference, its official EU price is €649.

Sir it's mobile Indian currency how much

Bigger screen doesn't drain as much battery as you think. S10+ has a higher resolution and a bigger screen than the S10e, yet has a much better battery life. Also, your idle battery drain improves a lot, since the screen is not a factor and bigger ba...

With all the dirt and dust in India, this camera mechanism will stop working in 2 weeks!! Stupid to be releasing this phone in India