After some Asian markets, the Samsung Galaxy A8 (2018) has now been launched in Europe. The device is currently listed on the South Korean company's Netherlands website for €499 (around $595). 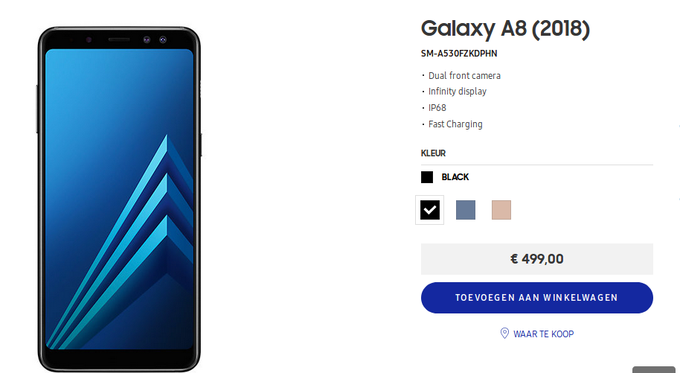 The A8+ (2018) isn't currently listed and chances are it won't be coming to the Old Continent. The blue color variant of the Galaxy A8 (2018) is missing as well, but that's probably going to arrive at a later stage. Other European markets should also get the phones soon.

The devices are expected to go on sale in India tomorrow (Jan 10).

don't man what a waste

I will get A8 for better battery.

I mean look at the price and the processor on this device I can add some money and buy the S8 which is way much better than this what is the moto behind releasing this device.