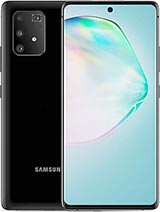 Anonymous, 13 Jul 2022Not pulled back but released as S10 Lite.Thanks. The end of this riddle. Actually this 'A91' could better be removed from gsmarena's database.

mawlki, 13 Mar 2022This A91 is probably pulled back by Samsung being too close... moreNot pulled back but released as S10 Lite.

Finally, this horrible thing is cancelled.

Thank goodness. We all said that the A91 was released as the S10 Lite, and requested GSMArena to remove it from the rumor mill. But they didn't listen to us.
I already knew that the A91 is actually the S10 Lite, and if you compare them with each other, you will see that most of their specifications are the same. I also told GSMArena that they are the same and, since the Galaxy S10 Lite was unveiled, I told them to remove the A91 from the rumor mill, but they didn't to do that until a few days ago.
And finally, after 3 years of being rumored, GSMArena kicked the A91 out of the rumor mill and put it in the "Cancelled" section - the section where unproduced phones stay.

This thing finally cancelled, Rest in peace galaxy A91

Been here for 3 years and now its cancelled

mawlki, 13 Mar 2022This A91 is probably pulled back by Samsung being too close... morerumored in 2019... also some point out fe is identical

This A91 is probably pulled back by Samsung being too close to the S series. They invented the FE series for that and giving it the S moniker as well as S innards and so they charge the $ for it.

A series stops at A53 A73 and leaves plenty gap between S series / S FE. About half the money.

Almost hope this doesnt get removed cus of how old it is, its like a meme at this stage

Anonymous, 19 Nov 2021Clean up this device from rumour mill its been there for 2 yearsThat's true 😄