Samsung Galaxy A9 to carry price tag of around $500 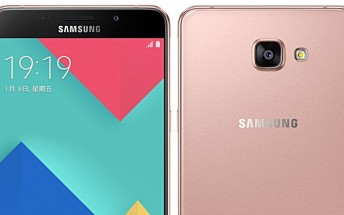 When the Galaxy A9 smartphone was made official by Samsung in China last week, its pricing and availability details weren't revealed. However, thanks to new info, we now have an idea about the price tag the device will carry in the Asian country.

A leaked screenshot , which was shared by a user on Weibo. It reveals that the handset will cost RMB 3,199 in China. For those doing the maths, that's $495 at the current exchange rates. 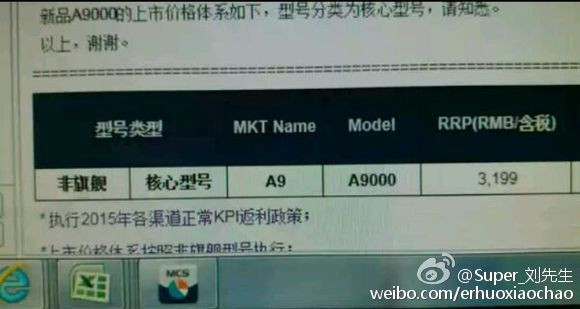 For that price, you get a smartphone powered by Snapdragon 652 (which used to be SD620) and sporting a 6-inch (1080 x 1920 pixel resolution) Super AMOLED display. RAM is 3GB, while internal memory stands at 32GB, although it's expandable.

A 21MP camera is at the back, while an 8MP snapper is on the front. There's also a large 4,000 mAh battery to keep the lights on. The Galaxy A9 runs Android 5.1.1 Lollipop out of the box, with planned upgrade to v6.0 (Marshmallow).

And iphone 7C is going for the $500 price tag too. Make your choice. You want a crappy 4" display with dual core processor plus no fingerprint scanner and half a ram. Or Galaxy A9 that is pretty much almost a flagship in term of specs.

Samsung's price policy is exordinary stupid. Who is setting up these prices should be a moron or a dreamer. S6 is about 500 dollar, who the f.k going to pay 500 euro for this thing? S6 is still fastest device arround, even apple fantilators acc...