The Samsung Galaxy A9 Star has been leaked like nothing else but it will finally become official tomorrow. For now, the A series flagship will be a China exclusive but we're hoping to see it in our stores too.

The latest public appearance by the Galaxy A9 Star is on Geekbench, where it confirms its Snapdragon 660 chipset and 4GB of RAM we first saw in a TENAA listing. Geekbench shows the software version as Android 8.0. 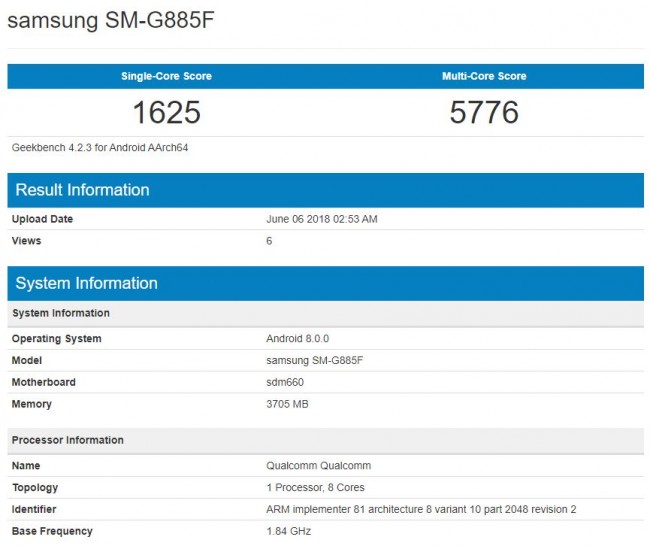