First, there was a mysterious Samsung device on Geekbench running Windows with an octa-core CPU, which judging by the 2.84GHz clock was the Snapdragon 855, then there's the Bluetooth SIG certification and now Evan Blass contributes to the story with a confirmation that a Galaxy Book S is in the works. 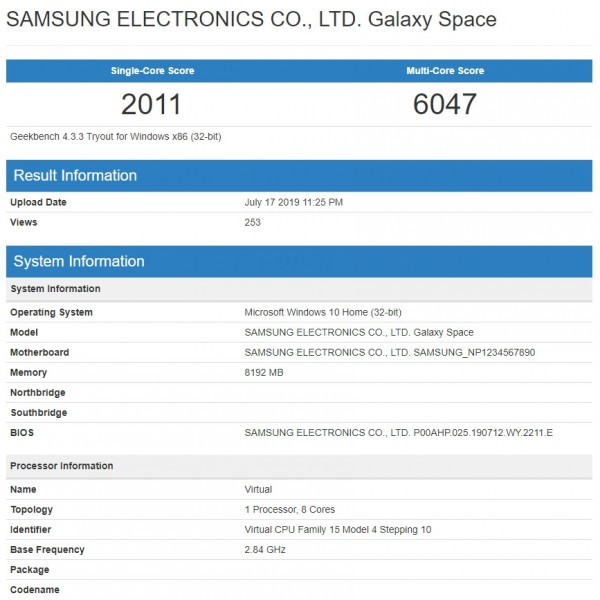 As you can imagine, the Geekbench listing and the Bluetooth certification sheet don't reveal much. What we can gather from this is the model number SM-W767, which suggests that it's a Galaxy Book 2 successor and that it supports Bluetooth 5.0. It's also upgrading from 4GB of RAM to 8GB of RAM as per the Geekbench score sheet.

Oh, and keep in mind that the results from Geekbench aren't accurate as the device is clearly still in its testing stage, especially with that 32-bit OS running.

I wonder why book reader needs 8GBram and SD855 CPU.

samsung make this foldable as well.. would be nice for a book to be foldable than phone

Can this run Crysis? :o