Back in April, we got our first look at Samsung's bean-shaped Galaxy Buds Live TWS earphones and today a fresh set of renders have been shared by Evan Blass, showing the earphones in Mystic Bronze color.

You can see that the Buds Live earphones have a glossy finish and there are two microphones on the outside along with a grille. The inside of the Buds Live isn't shown in the images but going by previous leaks the earphones won't come with silicon tips which could affect sound isolation. 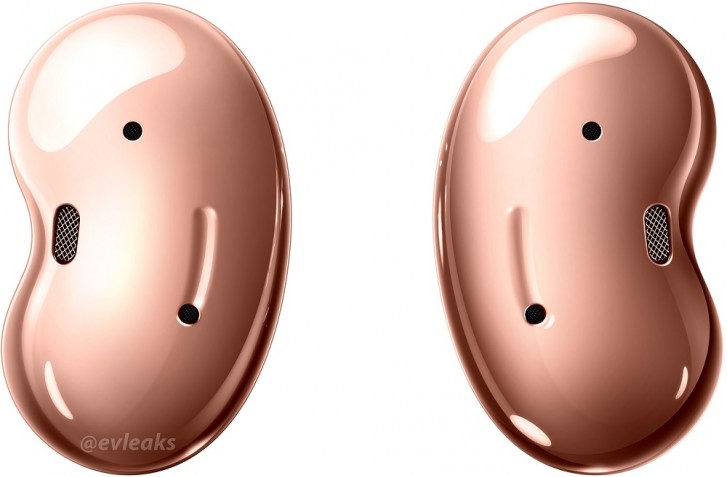 Another picture shows the Buds Live in three colors with the charging case. The lid of the case appears to have a rubber strip and you can also see the two LED charging indicators - one on the inside between the slots for the two buds, and the other on the outside on the front.

The Galaxy Buds Live are rumored to be announced later this month with a price tag below $150. The Galaxy Watch3 is also expected to tag along, but if that doesn't happen, then you can expect both devices to go official on August 5 at the Galaxy Note20 series Unpacked event.

When the best you can come up with - "they are better than airpods" - then you set a really low bar for your comparison.

Best design ever and probably the only buds that can fit and use all day confortably. buds+ is also superior to crapple pod pro.

Nobody ever said the Bluetooth are for audiophile listeners. I am one but I don't pretend them to be. I only compare them with their competitors. If you compare this to a quality audio brand then you have a real issue with anything associated wi...