Truly wireless headphones have been part of my daily life for the past three years, and I’ve grown accustomed to the Galaxy family, starting with the IconX (2018) and then transitioning to Galaxy Buds.

When Samsung announced the revamped Galaxy Buds+ are incoming, I got excited because I truly hoped the Korean company would finally fix the massive flaws that I was living with in the past twelve months. 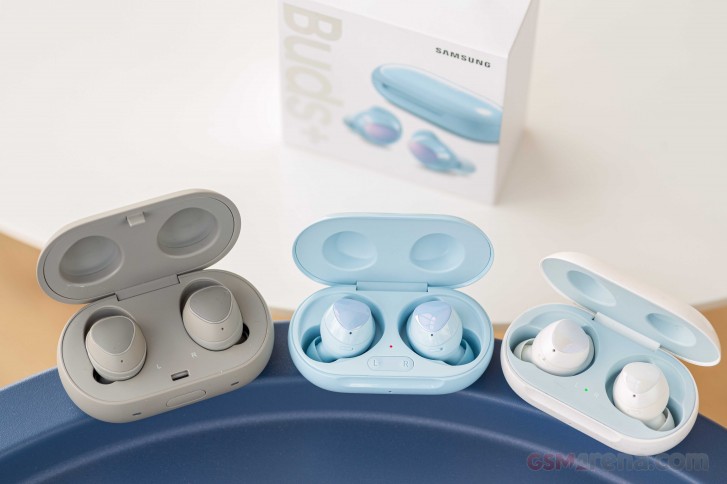 The Samsung Galaxy Buds+ ships in three colors - White, Black, and Blue, with the latter option arriving at GSMArena's office. Earbuds, in general, are becoming a fashion accessory as well as an audio tool, so having a larger palette of colors available is certainly going to be the norm going forward. 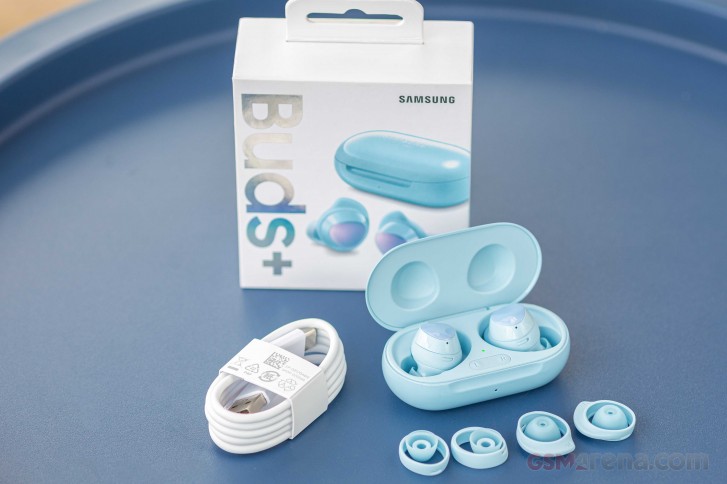 The Galaxy Buds+ case and earbuds are the same size and design as the predecessor and you can even swap them around. The big difference is that Samsung managed to cram more battery - a single earbud now has an 85 mAh power cell, which is 50% increase over the 58 mAh charge of one bud in the predecessor. Samsung promises 11 hours of playback, so I took the buds out and into my ears and went on with my day. 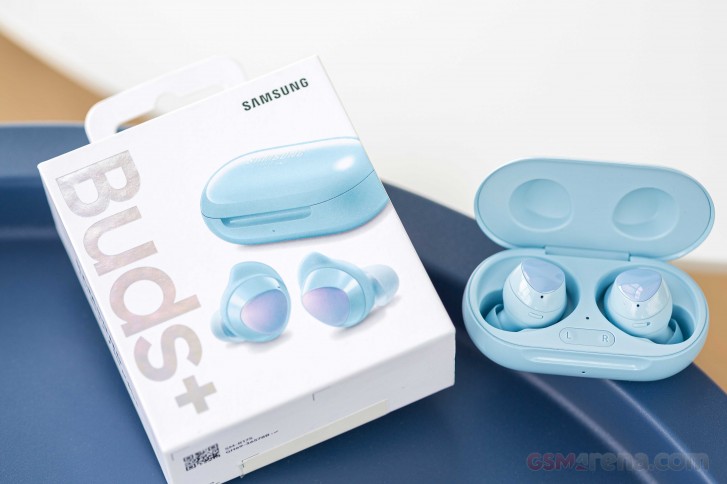 While I was comfortably in my third hour of listening to some techno music, I realized that testing the ultimate life of the earbuds on a single charge isn't going to be particularly useful - no one needs 11 hours of constant audio in his/her day. Yes, the buds are comfortable thanks to the three different types of rubber rims (which are kind of like sizes, but with a different shape to complement different shapes of earlobes), but I couldn't come up with a use-case where you'd keep them in your ears for that long.

Instead I went about testing the quick charging speed and found that a quick bathroom break or a five-minute conversation where I'd put the Buds+ back in the cradle would give me about an hour of playtime. In reality, this means that there's no way you’ll be able to deplete the battery. 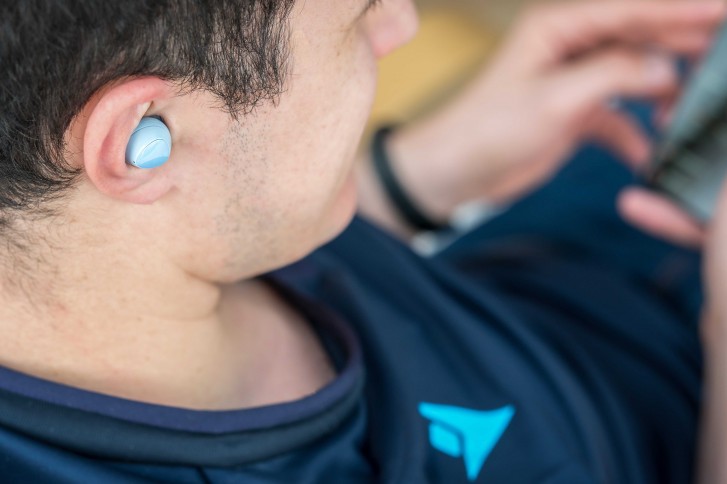 The biggest issue with last year's Galaxy Buds was the in-call audio quality - people weren't able to hear you even in moderately noisy environments. I am happy to announce that Samsung took care of that and the secondary microphone on the outer side of the buds is really doing its job. Both exterior mics have a feature called Beam-forming that are figuring out where the voice is coming from and then the inner microphone is doing a better job with the in-call noise cancellation.

The Galaxy Buds+ also supports Ambient Sound during calls. It allows you to hear your voice more naturally, instead of feeling the words reverberate in a weird way around the head. 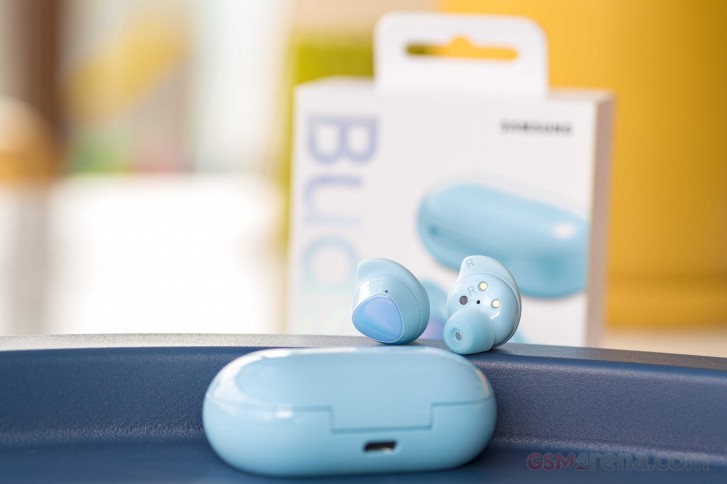 Another improvement Samsung did to the Buds+ is the overall user experience - last year I complained the touch functions weren’t working properly, and now the Galaxy Buds+ are definitely better. The hold-for-ambient-sound function is gone and made way for Spotify - simple tap and hold will immediately start the song that was the last playing on the phone, even if the app on the phone was closed.

While Samsung was proud to announce the Galaxy Buds+ are compatible with iOS, the Spotify launch feature won’t be available to Apple devices. They will also miss on the option to have notifications read back to them, but everything else, including the improved Ambient Sound and all the new touch features, are available on both platforms.

The Galaxy Buds+ also have touch controls on their edges - a single tap on the left lowers the volume, a tap on the right increases it. This feature is hidden in the Labs sub-menu where an extra level of Ambient Sound can also be unlocked. 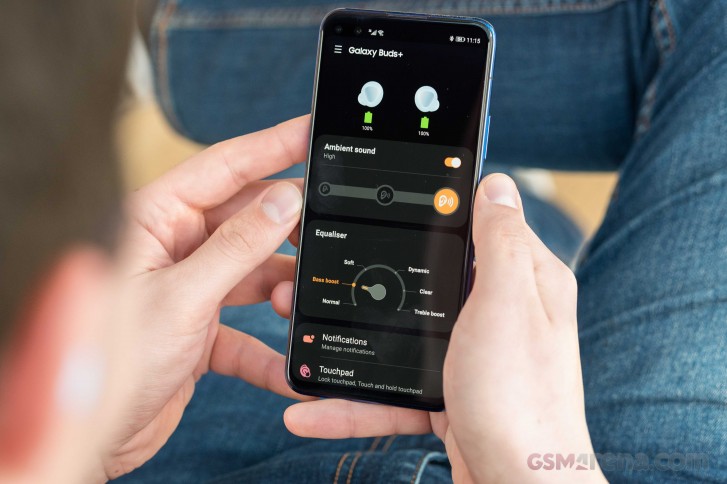 Ambient Sound is a feature that uses smart algorithms to detect environment noise that is then played into your ear. This neat feature felt a bit robotic and dystopian with the IconX (2018) and the Galaxy Buds, but the Galaxy Buds+ have four different levels of volume that make the experience a tad more realistic - the hidden one is extra-loud, that's why it isn't widely available.

Small earbuds have the downside of playing less than stellar bass. The Galaxy Buds had this issue as well, but AKG provided a better tuning to the tweeter and the woofer of the Buds+, so the performance is now 38% better on paper. Now there's no way I could measure the improvement in as specific numbers, but the reality is you can now actually feel the bass - a big departure from the original Galaxy Buds, where it was non-existent. 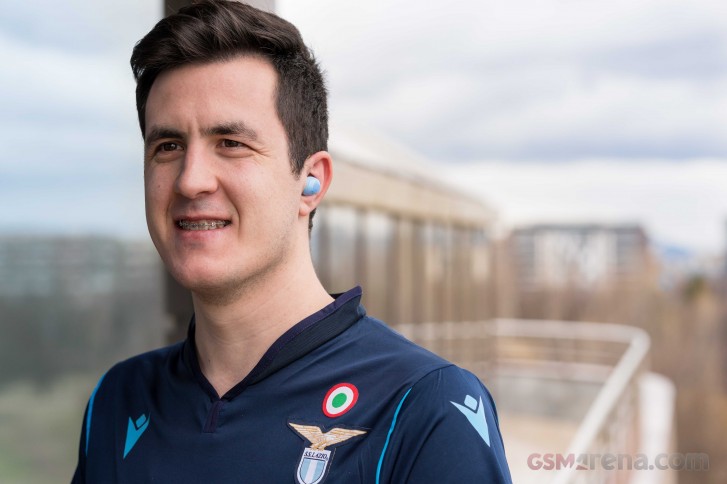 One major feature the Galaxy Buds+ are lacking is active noise-cancellation, especially when competitors like Huawei and Apple already have products with ANC. Hopefully, we will see an updated version this summer when the Galaxy Note20 eventually arrives, otherwise, we’ll have to wait until next year.

Samsung improved the calls, the bass, the ambient sound, the battery life and even the hinge of the case. Those comes with an increase in price to $150/€170, or just $20/€20 over the previous generation, but the Buds+ are definitely a better deal than their predecessor. The two most popular use cases - listening to music and taking calls are so vastly improved that the premium is well worth it.

Shake the bud in the case until it glow red

I got the Buds plus but only one is working and the lift one is not even charging and when I contacted Samsung they keep on hanging up on me. anyone else having the same problem with their Buds +?

I think the bud+ are great. I used to build up my own computers, and friends always asked, which computer you suggest to be the the best for me? And always said depends the use you are going to give her. If you are going to be in you tube, internet, ...