Samsung Galaxy C10 Plus shows up on AnTuTu

A upcoming Samsung smartphone just appeared on AnTuTu's website, sporting the model number SM-C9150, being powered by a Snapdragon 660 mated to 6GB of RAM and running Android 7.1.1.

At the time of writing it's most probable that this device will prove to be the Samsung Galaxy C10 or C10 Plus for China, although it could be named under the J series elsewhere as the Galaxy C7 (2017) before. 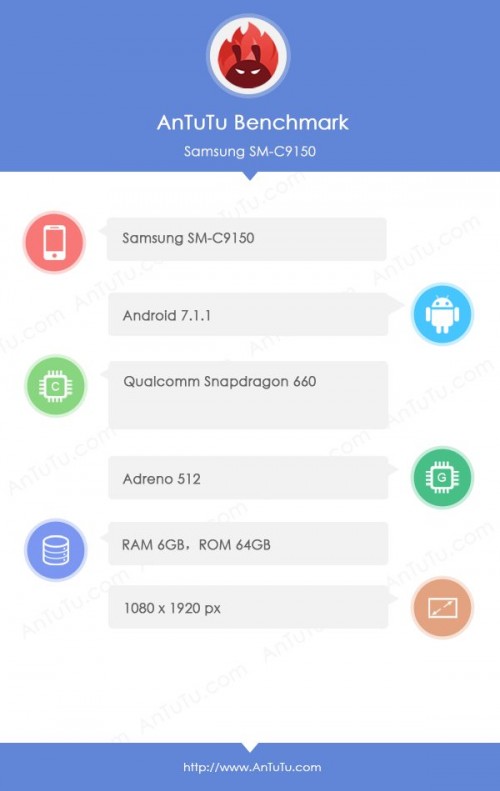 The screenshot from the device's profile in AnTuTu doesn't give out much information and some of the information it does is a bit questionable. First, the 1920x1080px resolution indicates an 16:9 display and not 18:9. It's unlikely that Samsung would release a new upper-midrange phone with the older aspect ratio.

If the device indeed turns out to be a Galaxy C10 then it will likely have a dual camera on the back.

We'll keep you posted if anything new, concerning the SM-C9150 pops up.