Just a few weeks after it was spotted on GFXBench, the Samsung Galaxy C5 Pro has now appeared on Geekbench benchmarking website as well. The listing reveals the device is powered by Snapdragon 625 SoC with octa-core processor. 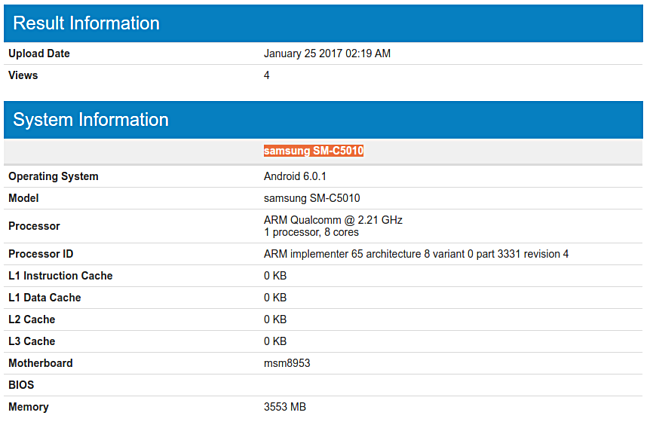 Other specs revealed by the listing include 4GB RAM and Android 6.0.1 Marshmallow. If you compare, these are all inline with what GFXBench had revealed.

Some of the other key specs of the phone include full HD display resolution (screen size 5.2-inch or 5.5-inch), 64GB storage, and 16MP/16MP camera combo.

The handset has already cleared TENAA and the FCC, and has also received Wi-Fi certification from the WiFi Alliance (WFA).

Yups, all samsung mid range that have "PRO" is Irony. I dont want to discuss other vendor, but your point is right. Hope with Nokia back, Xiaomi get stronger, One+ getting hype on, samsung price and "Pro" will be more realistic rather than irony. Oth...

You should go check out they LG Style. That's pure irony.