Samsung has been rumored to launch the oft-leaked Galaxy C7 Pro and Galaxy C5 Pro this month, with their possible release date being January 21. That is starting to make more and more sense considering how many times we've seen either of them being leaked in the past few weeks. Only today we saw the C5 Pro in a benchmark, and then in a purported live image - which got outed alongside pricing information for that and the C7 Pro too.

The C5 Pro and C7 Pro are clearly eager to join the already official C9 Pro in Samsung's portfolio, introducing the new three-thin-lines antenna band design to the Korean company's fans. Someone who is in possession of a C7 Pro prototype has created a full photoshoot of the device, portraying it from a lot of angles for your viewing pleasure. 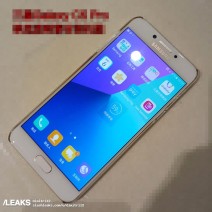 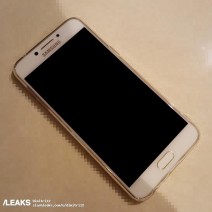 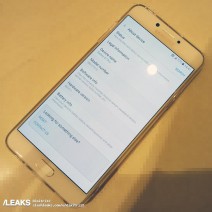 The shot of the About section in Settings demonstrates that this is in fact the Galaxy C7 Pro, with the model number SM-C7010. The device shown here is the gold variant, and as you can see it is tucked inside a transparent TPU case. Since the C9 Pro is also available in pink gold, we assume that color will be an option for the C7 Pro as well. 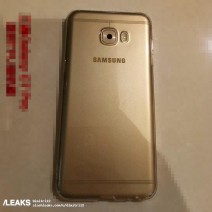 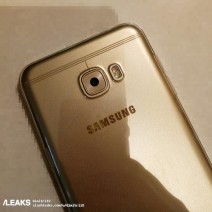 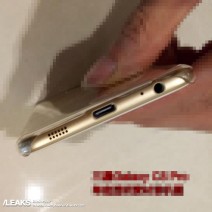 Even more purported pictures of the Galaxy C7 Pro

Thanks for the tip, Mikke!

Leaking for the past 8 months throughout the world, eventually will never be made available outside china.