After being spotted on Zauba last month, the Samsung Galaxy C7 Pro (SM-C7010) has now appeared on Geekbench. The benchmark listing reveals that the phone is powered by Snapdragon 626 SoC, which is inline with earlier rumors. 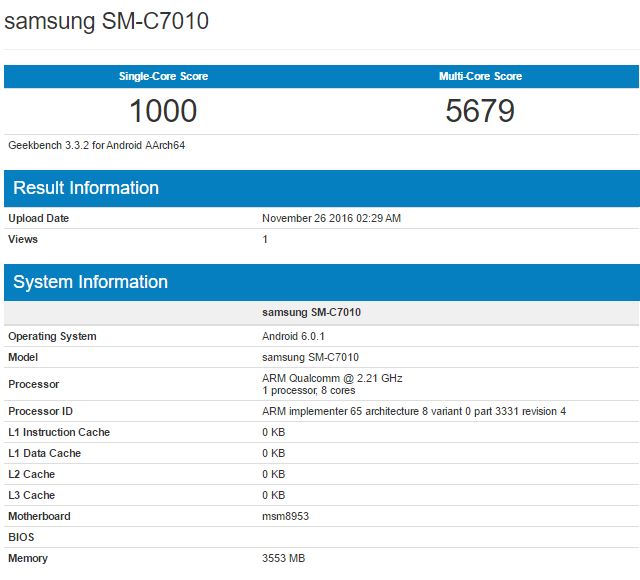 Other specs that the listing reveals include 4GB RAM and Android 6.0.1 Marshmallow OS. The device's Zauba listing had revealed a display size of 5.7-inches. The Galaxy C7 Pro, along with the Galaxy C5 Pro, is rumored to be made official sometime next month.

There is nothing pro about this "pro" and come on Samsung, make your own design. This looks like HTC! People are fed up with this design!

C'mon Samsung you can do it!We all cheer for you! Proves us that you can realise 1000 phones this year. Go Sammy go!!!

Sure...here goes. First Google releases the new update for their own devices (just to make them a little extra special) and boost the sales. Then the other 3rd party phone manufacturers are getting the chance to get the update. It's not that easy tho...