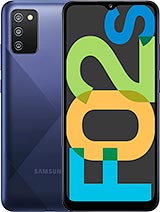 This phone has been inspired from Samsung J5/J6 phones and mostly for super senior people. But missing amoled display. There aint a true replacement for Samsung J6 phone yet. J6 phone still going strong. J6 phone had a smart flip case by Samsung which was the last budget phone to have an official flip case.

Internal storage can be expandable via microSDXC (dedicated slot).

Too weak too expensive

The device have not build fingerprint sensors.

is this kind of April mop?

Why Samsung NOT MAKE a FO5 same as the GREATEST Galaxy S5 but with new battery, same great functions, size with Android 10

It's not very nice.

this phone is not a good idea

samsung we are looking for 5.7 inch galaxy phone with Amoled display.

Phones with 32GB should be directly put in the trash bin...64GB is minimum.