Samsung has always been keen on providing smartphones for the budget-conscious crowd and ever since Gingerbread came around we've been seeing a major push by its entry-level squad. Even though it runs on Jelly Bean, the Galaxy Fame is a bit of a blast from the past. The spec sheet has been duly upgraded but bits of it still feel as if plucked straight out of the Galaxy lineup from two years ago. 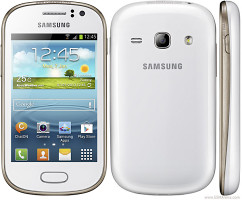 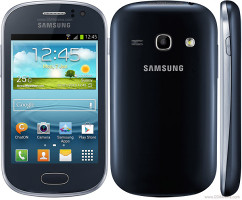 The Samsung Galaxy Fame's single-core processor and half a gig of RAM is so far removed from today's multi-core flagships (Samsung's own octa-core Galaxy S4 being a prime example), that it's pushing the border between budget offering and plain outdated. Let's take a look at the key features, where the highlight is the updated Jelly Bean build:

An important thing to keep in mind is that the software build found on the Samsung Galaxy Fame has come quite a way since Android 2.3. The single-core processor powering the Galaxy Fame is far from lightning fast, but the Jelly Bean build ticking inside gives you more smoothness than a similarly-spec'd device running Gingerbread could ever wish for.

The Samsung Galaxy Fame also has a few extras worth mentioning that you won't often see on a smartphone scraping the bottom of the barrel. As with most of their entry level models, a dual-SIM variant is available, as is a model with NFC support. There's also a front-facing camera capable of VGA video recording - a rarity in this class.

So it may turn out to be a case of all's well that ends well with the Galaxy Fame, since ultimately the Jelly Bean software running inside could be its saving grace. We'll be taking a closer look at its performance in the chapters to come, but first up is our usual hardware inspection.

I thought this device stucked in android 4.1, perhaps wrong device?

What bed or bad