This review page was initially published on Oct 3, 2019, as a placeholder for our future Samsung Galaxy Fold long-term review, which you now see. The rest of the pages which follow are newly published on Nov 8, 2019, after a month spent with the Galaxy Fold.

Mystery, promises, waves upon waves of hype, a couple of releases, revisions, disappointment and success, the Samsung Galaxy Fold is a story which pretty much reads like a novel at this point. And after all that, this unique roller coaster ride is still going on full steam. Only now, Samsung is letting people ride. For an arm and a leg, as the saying goes, but even so, if you are persistent and affluent enough, you can get your very own to have and use. 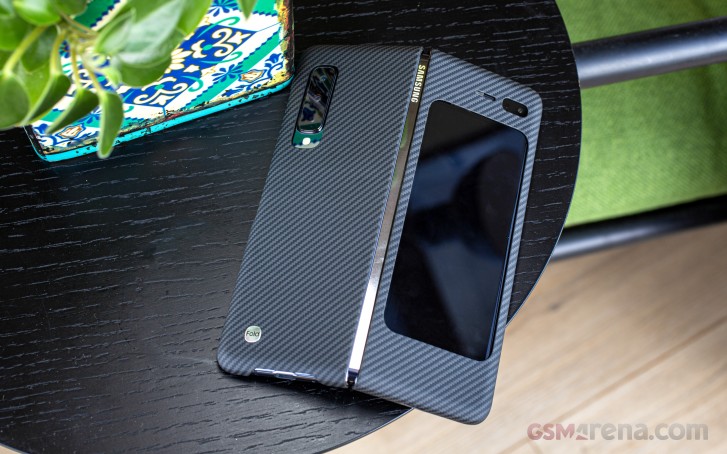 But just because you can, should you board the still very-much experimental foldable panel train and Samsung's initial prototype in particular? To find out, we acquired a shiny new Galaxy Fold and geared it up for actual, real-world use as the daily driver for one of the reviewers here at GSMArena - Victor!

A long time Galaxy Note fan, Victor is very passionate about hardware and has always had a "more is better" mentality towards features. After he was disappointed by the Galaxy Note10 lineup where modern design trends take precedence over the Swiss-army-knife load of features the Note was known for, he was sticking to his trusty Galaxy Note 9 when he was tasked with this review making him jump ship at least for a while. 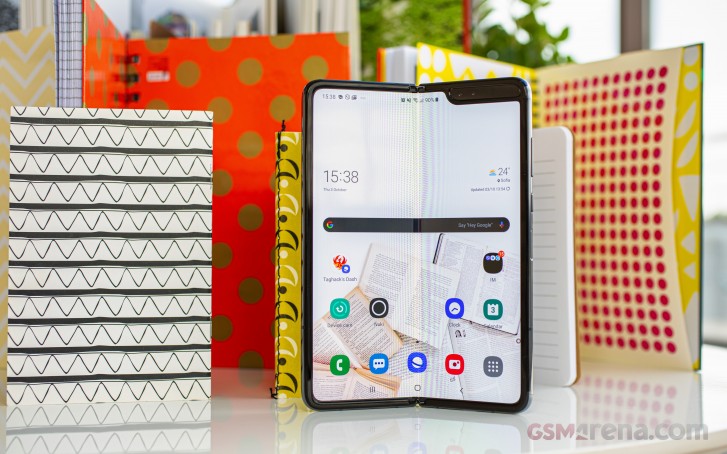 This long-term review is thus his account of what it is to live with the Galaxy Fold daily. As such, it is a bit more different and personal, for lack of a better term, than our usual in-depth review process. Which, by the way, the Fold has already gone through, in case you want to give that a read. All the points made in our first review still stand true, but they don't necessarily offer the full picture. If you are interested in the user experience after the excitement and buzz is gone, do read on.

Since this whole endeavor took some time, we came up with a new way to keep you in the loop of how it's going. While the prolonged real-life testing was still going on, Victor shared his impressions as they came to him in a diary fashion. For the sake of completeness, this log can still be found on the final page of the review now that the full text is published. Enjoy!

A quick answer to most questions and silly answers. People who talk about thick or foldable phones, plastic screens, size of front screen 4in, etc. have to be realistic: 1. Ever tried to use a Nokia Communicatior from 13 years back. E90 - com...

Great concept feels sturdy however screen is ridiculously sensitive Even putting it in your pocket is a hazard for dust for it to get damaged. When I first got it in November last year had it a week screen managed to get a small indent Ended ...