Samsung Galaxy Home: a Bixby-powered smart speaker is on the way

Samsung announced details about its smart speaker. It’s called Samsung Galaxy Home and this is just preliminary info, more will be unveiled at the Samsung Developer Conference (set for early November).

The speaker takes aim at Apple’s HomePod as well as the larger Amazon Echos, Google Homes. Because of its beefier speakers – powered by AKG – it will be used for music listening, not just as an assistant like an Echo Dot or a Home mini. 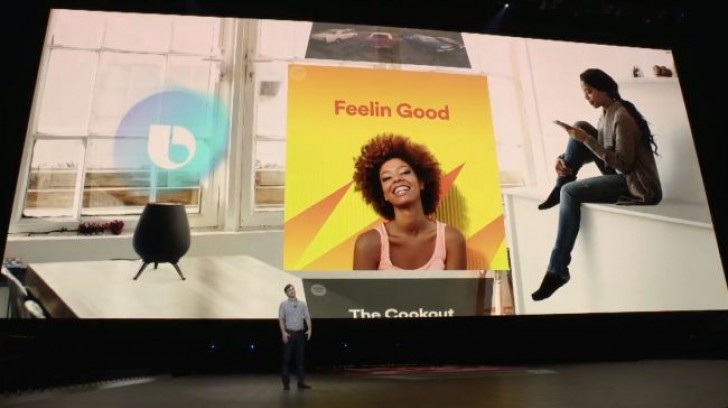 Speaking of, Samsung announced a partnership with Spotify, which will be the default music streaming provide for for the Galaxy Home.

The speaker is going to have a whopping 8 mics forming a far field microphone array (the Amazon Echo has 7 mics). The Galaxy Home will hear you at a distance and you’ll hear it too. A feature called SoundSteer will aim the audio at you so you get loud sound without having to pump up the volume.

The smarts come from Bixby, of course, and thanks to the built in SmartThings hub, it will be able to turn on and off lights and control compatible smart appliances at home. 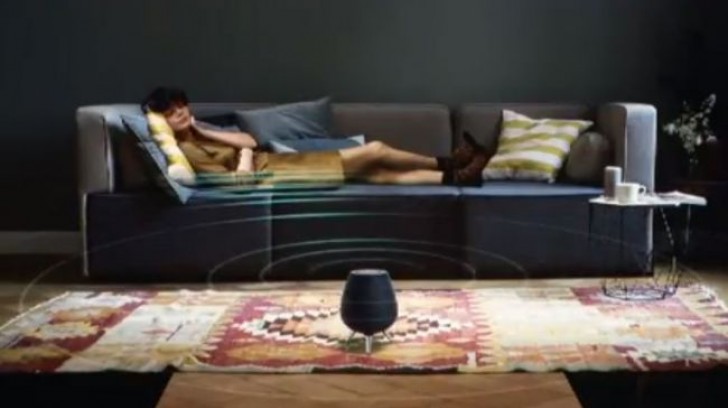 Sorry, but that looks kinda like a furry fondue pot.

I think it's nice and slightly postmodern. On the other hand, how it fares will depend on its power, if it's ~80W RMS it should be pretty competitive.

True! With what happened to ZTE, companies should have realized it by now that they've relay to the American companies and their technology way too much to a point where they can be ruined if they can no longer do business with them because of their ...