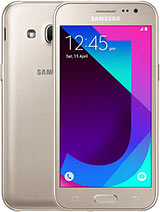 not a good phone

This thing is a piece of trash, at most I would pay 50 bucks for it. Yet it's 150 bucks... I've seen flip phones better than this. I hope nobody is dumb enough to get it.

I'm going to buy sumsung J2. Is the camera sound good? Is it okay to download the battery for a few days before being drained

Livius, 12 Nov 2017We don't understand anything you are saying ! But back to t... moreEven my j1 ace neo 2017 is faster than j2 2017 if samsung keep on making phones that is under 1.5GHT of prosser than will j series become unlikely a bad phone samsung must try making the all new samsung j1 pro 2017

I will give samsung 120€ if they let me to
not use this phone.

pinku, 10 Dec 2017Worst samsung phone. All J 2 (2016), J 2 (2017) are worst p... moreEven the 2016 model was better than this new one. I hope no one will buy this and production will be cancelled. The development costs would no longer exist and other, better phones would maybe get cheaper.

rest of the mobile companies making phones with higher specs with low prices and samsung doing this opposite, this not the era of using 1Gb ram phone with 5mp cam. if this will continue huawaii will be the cheapest brand in good spesc as huawaii introduce its Mate 10 lite in just 300USD.