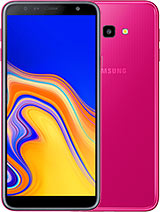 Anonymous, 23 Nov 2021This phone is so trash for gaming , it lags everytime I ope... moreyes, that's why I had to sell it because it used to good, but I felt really guilty about it, so previously I had was the s20 ultra, which is good because it has 120hz display that were brought to the iphone 13 pro series, but now i sold it for the 12 pro max, I never had any complaints about it!

I've had this phone IN THE PAST, and it's sweet. Would get one again!

Anonymous, 23 Nov 2021This phone is so trash for gaming , it lags everytime I ope... moreIt's not a trash phone... PUBG Mobile requires 4gigs ram and the J4+ plays PUBG Mobile with only 2gigs ran so it's one of the best 2gig ram phones over made...

This phone is so trash for gaming , it lags everytime I open pubg mobile and call of duty mobile and it heat too much that I've burn my finger one time so I prefer A12 best it's good for gaming experiment and it doesn't heat that much , everytime I punch so hard because it LAGS too much , so an A12 is much better than this laggy phone so never ever buy this phone it will just give you nightmares

I've love this phone for 129quid it's a good servant never let me down camera is ok too had it since 2018 I've no intention of changing it..

Anonymous, 08 Oct 2021Yep it has a 4K camera (13MP, 4128×3096) like J4...No it doesn't, it feels like that this camera is from 2018, which I had nightmares about it before I switched back to Apple! I skipped buying the 11 pro max for the 12 pro max, but my right choice is to choose the 13 pro max over the regular 13, which it has a standard refresh rate, whereas the 13 pro series has a promotion display with ltpo backplane to dynamically change the refresh rates to not waste battery life, but it will lasts through a day for moderate use to regular use!

Anonymous, 24 Sep 2021This phone is great indeedNo, it's worse, i finally got rid of it cause I had nightmares!


at first it was great, but now, I got rid of it cause It doesn't look good at all!

The phone z good. Got it in 2018 still using it. But failed to get its cover and screen guard

this s Dave's phone for 2 years now and he's using this as an air fryer also. Shout out to you Dave.

Anonymous, 05 Sep 2021Does the phone has fingerprint feature and wake up screen f... moreNO

J4 plus user , 27 Aug 20212021-08-27 If you have chance to buy it used for cheap p... moreDoes the phone has fingerprint feature and wake up screen feature ? Because I have being trying to locate the fingerprint but I can't see it

Samsung user, 13 Aug 2021oooo so different then the galaxy j4it has 4k camera, i can confirm