The Galaxy J5 (2016) is the centerpiece of the company's mid-range portfolio for the year. With its predecessor becoming a huge hit in developing markets, the company really needs the 2016 model to come out good and help keep Chinese makers at bay.

A quick glance at the specs sheet shows that Samsung followed the "If it's not broken, don't fix it" saying to the letter. With the internals mostly unchanged, Samsung chose to focus on the design instead, hoping that the metal body will help its offering stand out. 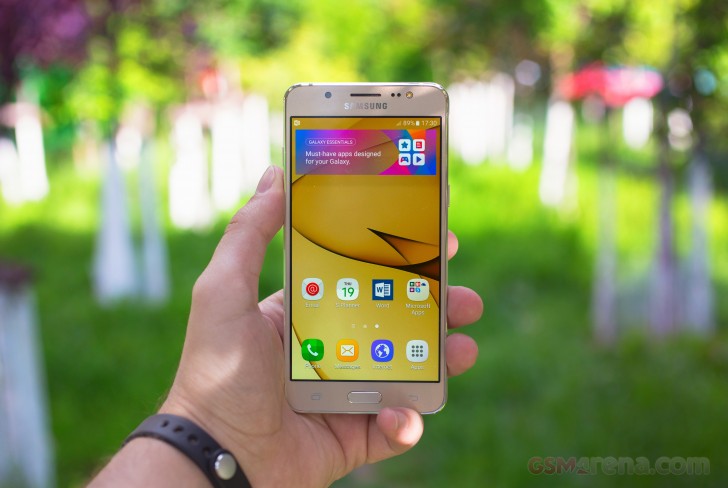 You also get a bigger battery and the screen grew by .2", but that's mostly it with other changes being so minor that they mostly fall in the adjustments category. Here's the full scoop.

The metal frame gives you a piece of mind as well as a nice feel in the hand. We'd certainly appreciate a bit of premium feel in an otherwise mid-range offering. However, it would mean nothing if it comes at the expense of proper smartphone experience. And since Samsung didn't feel the need to change the processing power from the previous generation Galaxy J5 we'd be sure to carefully check that. Perhaps supplying the newer Android 6.0.1 Marshmallow and bumping the RAM to 2GB is all it took to keep the J5 (2016) relevant.

Let's not waste any more time and start digging in. Follow us onto the design and hardware section.

Samsung galaxy j5.6 best smartphone quality bast, this battery is bad or no problem. I love this mobile