Samsung is working on a successor to the Galaxy J5 from last year. The J5 (2016) has so far been spotted entering India for testing purposes. On that occasion we found out that it sports a 5.2-inch touchscreen.

And now we have a list of its most important specs to glance at, courtesy of a benchmark run someone's put a prototype Galaxy J5 (2016) through. 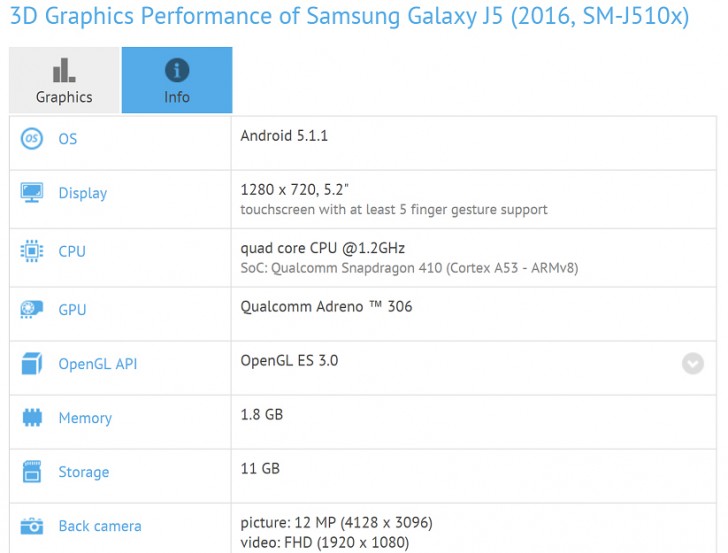 The information screen in GFXBench reveals that the handset has 720p resolution, a 12 or 13 MP rear camera with LED flash, a 5 MP selfie shooter, 2GB of RAM, and 16GB of built-in storage. It's powered by Qualcomm's Snapdragon 410 chipset, which comes with a 1.2 GHz quad-core Cortex-A53 CPU. It runs Android 5.1.1 Lollipop.

So this means the next-gen J5 will have a slightly bigger screen and more RAM compared to its predecessor, while the rest of the specs have stayed mostly the same. Like the original J5, the new one should be reasonably priced too.

i agree with you

180 euro is "extremely expensive" to you, really?

Except ram rom there's not much more. I hope this time they'll put lights in home buttons.