Samsung is indeed working on a 2017 version of the Galaxy J5. The device surfaced in a certification filling with the Wi-Fi alliance. 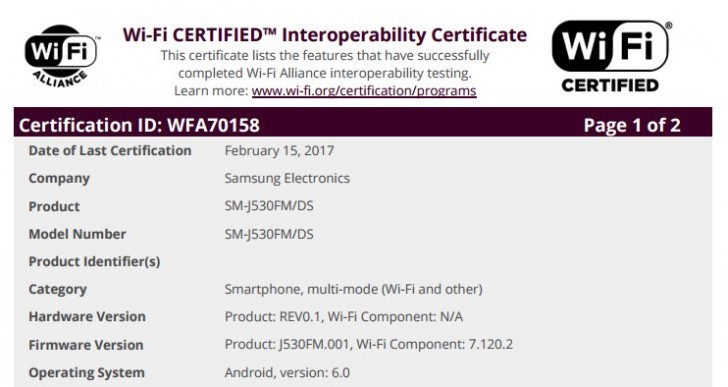 Very little is divulged from the form itself, other than the model number SM-J530F, the dual-band Wi-Fi support and the fact that the upcoming device is running Android 6.0 Marshmallow and not 7.0 Nougat.

The Samsung Galaxy J5 and Galaxy J5 (2016) were released in April and June, respectively, so it would make sense to expect the Galaxy J5 (2017) to arrive in the same timeframe.

does it come with fast charging qc 3.0 ?