Samsung Galaxy J6 Plus and J4 Plus get Bluetooth certifications

Two new Samsung phones were certified by the Bluetooth SIG – the Galaxy J6 Plus and Galaxy J4 Plus. The non-Plus Galaxy J6 and Galaxy J4 models were announced in May this year, however this certification tells us nothing about the extras that the “plus” brings.

Earlier leaks show that the Galaxy J6 Plus will swap the Exynos 7870 Octa chipset for a Snapdragon 450.

Note that the J7 Plus and J4 Plus have model names SM-J610F and SM-J415F, respectively. The former has been spotted on Samsung India as the “Galaxy J6 Prime”. There are both single and dual SIM versions of the J6 Plus. Similarly the latter has been seen as “Galaxy J4 Prime” (single SIM only). 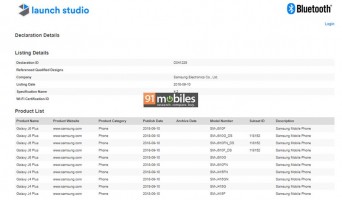 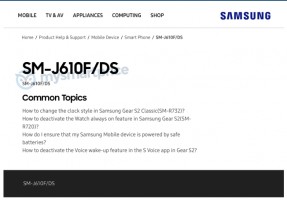 So, India will have a different naming scheme for the same models. Note that the current J6 is also available as “Galaxy On6” in India.

Samsung Galaxy J6+ with Snapdragon 450 in the works

Samsung Galaxy J4 goes on sale in India for $150

Nice to meet you as well brother Geric :-)

Nice to meet you :D Don't worry, I respect all kababayans here. :) (Except for some "anonymous" people trolling in wrong way, just like what I saw on Moto G7 rumors article) This is actually my nickname for all my game accounts, particularly...

By the way, I'm Ejay from Bais City. I'm based in Guam because I'm working in a shipping company. I've come across most of your comments here that's why I know that you're from Bohol. We have several things in common, we're both Pinoys and also...