The Samsung Galaxy J7 (2017), which was first spotted on India's import/export tracking website Zauba back in October this year, has now been certified by the Bluetooth Special Interest Group (SIG). The device carries a model number of SM-J727V. 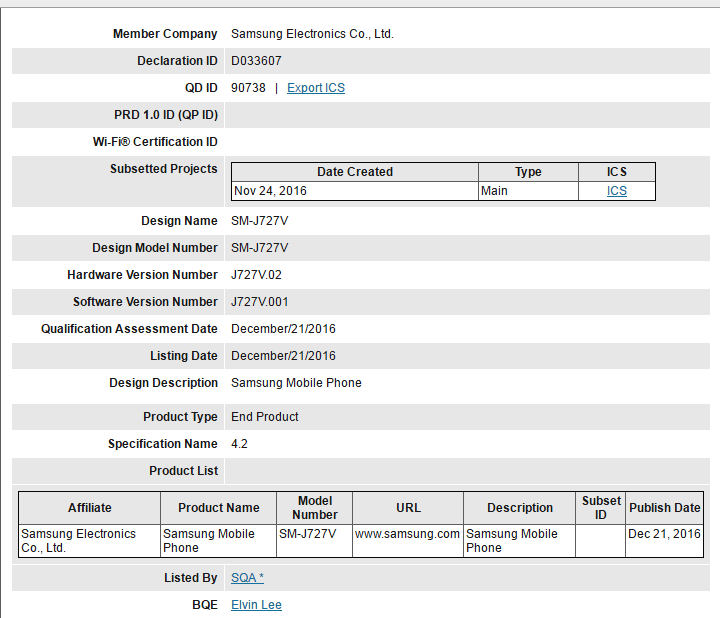 The Galaxy J7 (2017) has already received WiFi certification - the listing revealed that the phone runs Android 7.0 Nougat out of the box.

As for other specs, rumors say the device is powered by an Exynos chipset and sports a 5.5-inch full HD display. RAM is 3GB, while the camera department is handled by a 13MP/5MP combo. The handset packs in a 3,000mAh battery.

please increase your front camera range........as well as internal storage.....than samsung will be a Best choice.