A Samsung smartphone with the model name SM-J337V briefly showed up on Geekbench and was subsequently deleted but not before the scoop was documented.

The model name ties nicely with the rumored Samsung Galaxy J7 Aero that is expected to launch as a Verizon-exclusive in the US soon. 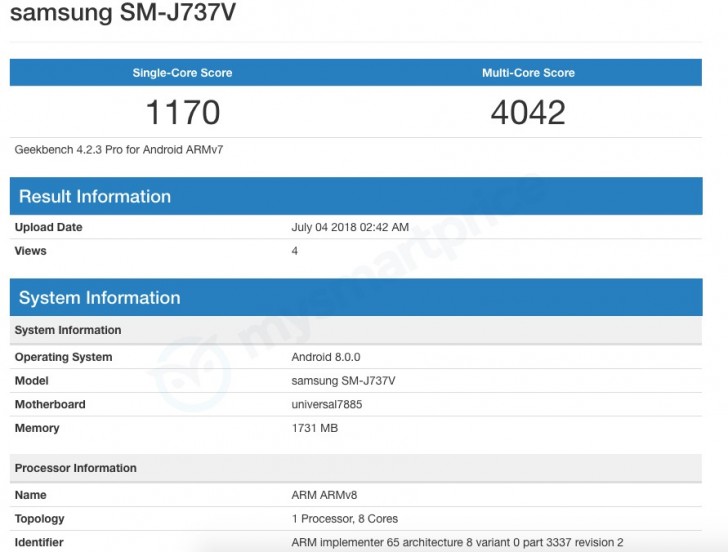 The Samsung Galaxy J7 Aero is expected to be a close match to the Galaxy J7 (2018) in terms of specs - that means a 5.5-inch Super AMOLED of 720p resolution (and a conventional 16:9 aspect), the olden trio of physical home button and flanking capacitive keys and a single 13MP camera on each side.

Dont forget to add 250 eur price to this plastic low quality junk and nougat or even marshmallow :-)

Why can't they simply launch just 4 Series with limited models like: J Series: J2, J3, J5, J7 A Series: A5, A7, A9 S Series: Sx and Sx Plus Note Series: Notex Proper and planned specs of every device would definitely lead to a better gro...

i thought it was an old-Windows-powered J7 XD