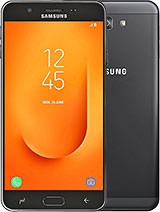 This phone is pretty good. This phone was released in year 2018 but it starts in android 7 instead of 8, so basically there's no android 10 update for this phone. There are several issues/lack of features here too: the phone doesn't render apps correctly, no gyroscope and light sensor, also the camera it doesn't shoot the light properly (if you focus the camera on a light source such as light bulb, there is a diagonal shape light ray, and i hate it) samsung removed the pro video in one ui 1.0, no game tools in or game launcher(you can sideload this in older android version (below 9)) no screenshot tool(for easy edit or scrollshot). it just like Samsung J7 Prime in year 2016 but with 13mp front cam.

the best phone ever

Kiran Poudel, 26 Oct 2020I can't use 4G data my phone and sim are both 4G but i... moreCheck your sim setting, look for Call enable in 4g etc, it will enable your 4g network

I can't use 4G data my phone and sim are both 4G but it shows H+ only.

Hi... my samsung galaxy j7 prime 2 is 16gb only in internal memory instead of 32gb right?... how can i fix this? This phone is from saudi arabia... made in bangladesh...

2 years and still going strong didn't regret buying it,just wanna know if it will be getting the Android 10 update?

One Of Best Smart Phone I Have Ever Experienced.
2 Year N Still Working Like A Brand new

after two years of using it its good phone only defect doesnt have compass, good battery

Gile, 24 Dec 2019Excellent phone, worth every penny, Using it for 1 year ... moreYou are right it is a good phone that has had no problems for two years